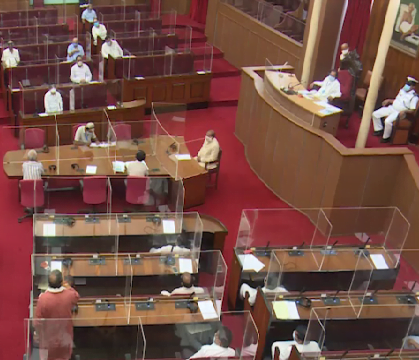 Bhubaneswar: Protest over delay in the paddy procurement at several mandis across  Odisha reached the Assembly floor on Friday when BJP MLA from Deogarh, Subash Chandra Panigrahi threatened self-immolation.

The MLA said “I will commit suicide if their problems are not solved immediately.” Panigrahi did not stop at that and kept repeating his threats, stated reports.

It all started during the Zero Hour when Panigrahi raised the issue and stated that  farmers of Odisha are victims of State government apathy. “Many farmers are yet to sell their produce due to delay and glitches in token generation,” he alleged.

The situation normalised after Panigrahi returned to his seat following a request by Speaker Surya Narayan Patra.

Hundreds of farmers continue to stage protests by blocking roads in different parts of the state over the issue.