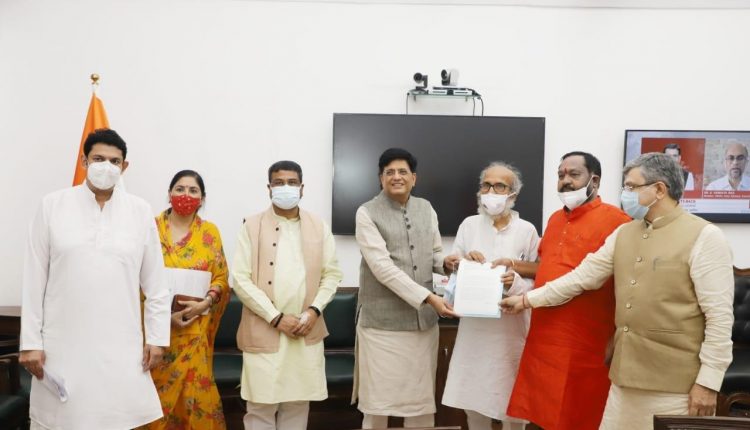 Bhubaneswar: The BJP MPs of Odisha on Thursday took up alleged irregularities in implementation of the Pradhan Mantri Garib Kalyan Anna Yojana (PMGKAY) scheme in the state with Union Minister of Consumer Affairs, Food and Public Distribution Piyush Goyal.

In a letter submitted to the Union Minister, the MPs said huge discrepancies between the allocation made by the Centre and the distribution of food grains in the state under PMGKAY and NFSA have revealed the presence of ghost beneficiaries in the list of NFSA ration card holders which is prepared by the Odisha government.

The discrepancies in these figures not only point at irregularities at state level but also creation of ghost beneficiaries, the MPs said, adding that there have been media reports of the ration being smuggled into the open market at the cost of the poor and needy people who are left starving.

Besides, the state government has resorted to mis–branding the scheme in violation of the Centre’s guidelines. For widespread information and awareness about distribution of free ration items and other benefits under PMGKAY, the states were advised to place banners and posters at fair price shops, godowns, government offices in local language. But the Odisha government has been promoting Chief Minister Naveen Patnaik instead of details of free ration items and available benefits, the letter alleged.

Heavy Rain: Communication To 10 Villages Cut Off For Bridge Collapse In Odisha’s Malkangiri