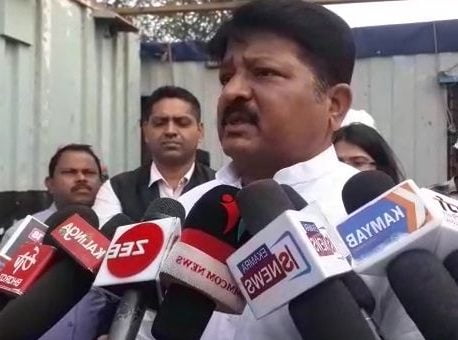 Bhubaneswar: Two days after the murder of BJP leader Kulamani Baral and his associate Dibyasingha Baral in Mahanga block in Cuttack district, senior BJD leader and Minister Pratap Jena on Monday accused the BJP of trying to politicize the incident.

“Efforts should be made to arrest and punish the accused. But it is a big question whether the opposition political parties in Odisha have this willingness,” Jena, who is also the Mahanga MLA, told reporters here.

Asked about him being named as an accused in the FIR lodged in the case, the minister maintained that the truth will emerge after an investigation. “My personal efforts will be to ensure the arrest and punishment of the accused. Let the BJP do what it wants and we will do what is required,” he added.

Harichandan alleged that earlier Congress had resorted to such heinous crimes and now the ruling BJD has started doing the same.

He threatened that BJP will launch a state-wide agitation if the police fail to arrest the accused within 48 hours and ministers won’t be allowed to attend any function anywhere in Odisha.