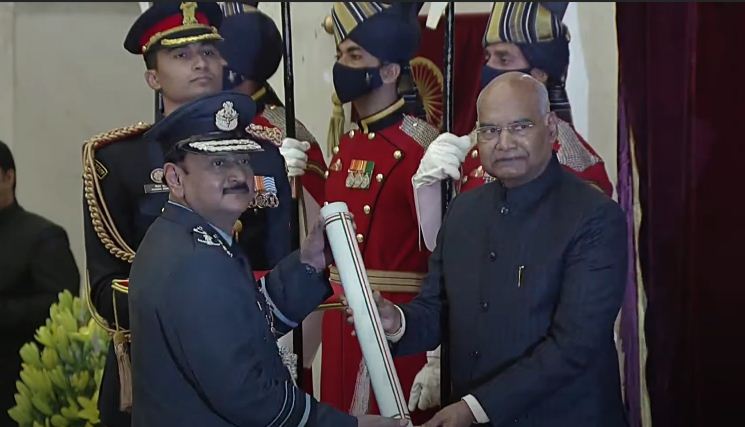 He was nominated for the Ati Vishist Seva Medal in 2020 for distinguished service of an exceptional order.

Patnaik completed his schooling at DM School and KV-1 in Bhubaneswar and then joined the National Defence Academy around 40 years ago. In his 35 years of service, he has held several crucial posts in the Air Force.

As a young squadron leader, Patnaik was awarded the ‘Vayu Sena Medal’ (Gallantry) for his acts of exceptional courage and bravery during the Kargil War in 1999. He flew the Mirage 2000 aircraft for bombing missions on enemy positions at Muntho Dhalo, Tiger Hill and Muskoh Nala during the war. This Odia IAF officer was also actively involved in ground operations during the Balakot surgical strike by IAF aircraft.

In October, Patnaik was appointed as the Air Officer Commanding in Chief of Eastern Air Command. He is the first Odia officer to have been elevated to this prestigious appointment.

He earlier served as Commandant of the prestigious College Of Air Warfare at Secunderabad, was posted as the Assistant Chief of Air Staff Operations (Air Defence) at the Air Force Headquarters. He had played a stellar role in the ‘Gaganshakti’ exercise.

Man Posing As Cop To Extort Money Arrested In Odisha