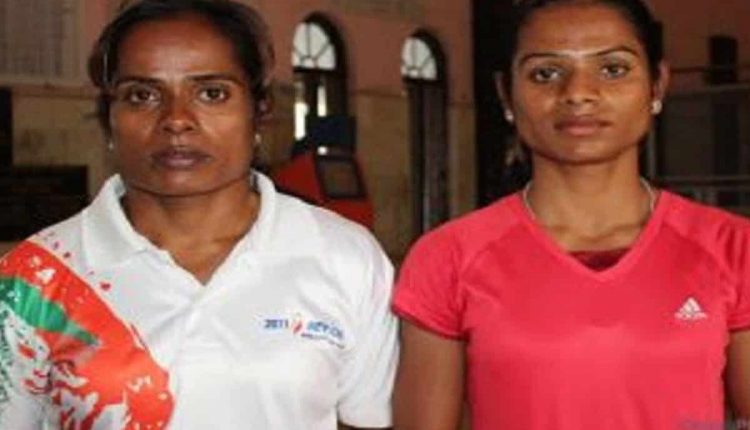 Bhubaneswar: A fresh war of words erupted between ace sprinter from Odisha Dutee Chand and her elder sister Saraswati Chand on social media on Sunday with both levelling charges against each other over their career and relationship.

Dutee, who had earlier raised questions about her sibling’s relationship with a girl, in a Facebook post alleged that Saraswati had forcibly kept a girl from Bangladesh with her for the last four years with evil designs by misusing her position in Odisha police.

Herself a bisexual, the Olympian had two years ago alleged that Saraswati, also a sprinter, shared a same-sex relationship with a girl from Assam on the pretext of coaching her.

Renewing her tirade against her elder sister, the athlete claimed that Saraswati has got an Aadhaar card, PAN card, driving licence and other documents for the Bangladeshi girl through forgery by misusing her official position.

She further alleged that her elder sister brought several other girls from Bangladesh and Nepal to Odisha. “The truth will be unravelled if a thorough investigation is conducted into Saraswati’s activities,” she wrote.

Dutee, India’s first known gay athlete, claimed that Saraswati appears to be in a same-sex relationship. “Why have you kept an unknown girl from Bangladesh for the last 4 years? “As you consider yourself as a bull, you have kept her like a cow. You are telling others that she is your trainee. What game you are teaching her – in playground or own bedroom,” Dutee sought to know in her Facebook post.

Accusing Saraswati of defaming her, the ace sprinter advised her to mend ways and stay happy without bothering and tormenting her.

Dutee’s harsh words appeared to have come in retaliation to certain Facebook posts of Saraswati, who raised questions about the relationship between the sprinter and another girl. She alleged that the ace sprinter’s partner is pressurising her to get married.

Claiming that Dutee’s sports career is in the dumps with her performance sliding, she also enquired about the hotel business undertaken by the Olympian. She also accused KIIT & Kiss founder Achyuta Samanta of having spoilt her career.

Hitting out at Dutee for her stint with the dance reality show, Jhalak Dikhhla Jaa, Saraswati sought to know how was it possible for the athlete to practice dance and sprint at the same time. “Did dance bring more honour than Commonwealth Games and Olympics? What have you earned from the dance?” she questioned.

She termed her dance stint and relationship with her partner Monalisa as a cheap publicity stunt.