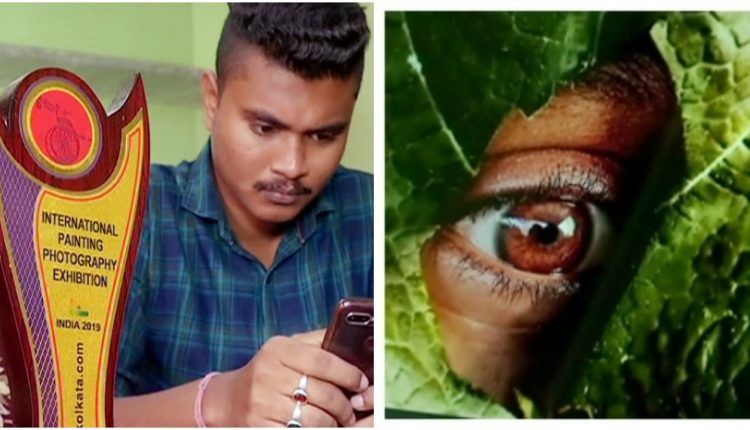 Balasore: Sritam Kumar Sethy, a native of Shovarampur village of Odisha’s Balasore district, has won an international award on photography.

He was awarded the ‘Event Photographer of the Year’ at an event in New York recently in which about 1000 photographers across the world had participated. The award carries a cash reward of $500.

Sethy is the first Indian to win a title in the non-professional category.

The photo he had taken with an extra lens of his mobile phone during Holi this year has been highly praised by several prominent organizations, including the National Geographic Your Shot Community.

A second-year B.Pharma student of Hi-Tech Medical College in Bhubaneswar, Sethy is also pursuing a course in Photography.

Son of a station manager at Nilgiri, he was nominated for the “Discovery of the year 2019” award and found a place among 13 best nominations. Unfortunately, he couldn’t make it to the final round.

“I developed an interest in taking photos in my childhood. Seeing my interest, my father had bought a smartphone for me after I passed the Class X examination,” he said.

His previous photos have found a place in several reputed galleries in other countries, including Romania.

Sethy said he aspires to become a wildlife photographer like his idols, Varun Aditya, Sudhir Sivaraman and Dinesh Kumble.

A better quality camera is what he needs but cannot afford. “I click the photos with my phone by fitting it with external high-resolution lenses. I love nature and wildlife. Most of my photographs are related to that category. If the state government provides me with financial assistance, I will be able buy a high-resolution camera to realise my dreams and bring laurels to my state,” he added.