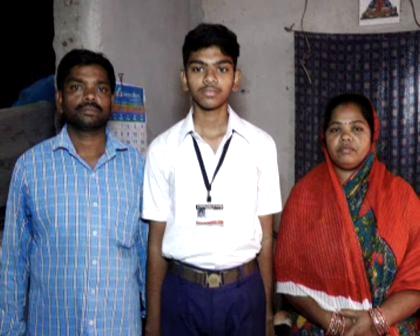 Angul: His joy knew no bounds when he received a letter from National Aeronautics and Space Administration (NASA) of the United States on his school address, inviting him to display his innovative ‘Mavic drone project’.

Soon, doubts over genuineness of the letter burst the bubbles of joy and gave way to despair.

A native of Hulurusinga village, on the outskirts of Angul town, and a student of Class IX student of the Saraswati Sishu Vidyamandir, Shubhranshu Nayak had developed the Mavic project and uploaded it on the NASA Space Settlement website. The school the received a letter supposedly from NASA, appreciating the project and inviting him to its Space Settlement Centre at Washington to give a detailed briefing on his project on December 1.

The letter further said that his modern drone had bagged second position among the projects submitted from all over the world and he was among the two students from India selected for Space Settlement Competition. He was to leave for NASA on November 27.

Subhranshu and his science teacher Soumendra Dang got their passports ready. Just before applying for visa, the school authorities met the SP Jagmohan Meena on November 13 and sought the help of cyber cell to be sure about the genuineness of the letter.

The cyber cell said the letter was a fake one as no letter from America comes from an Indian’s GMail account. The report from cyber cell headquarters is awaited and so a clarification from the Ministry of External Affairs..

“We are expecting the report by Sunday. It is only after that we can say anything about the mailed letter,” the SP said.

It took him three months to build the project at a cost of Rs 65. “The drone will carry first-aid medicines to remote and inaccessible areas by tracking the Google Map. After reaching the area, the doctor will be able to treat the patient using the drone camera and prescribe him/her the medicine for treatment,” Subhranshu had said.

He is the son of Laxman Nayak, a bag seller, and Sulochana.

Spirit Of Konark: The Missing Link Between Then And Now