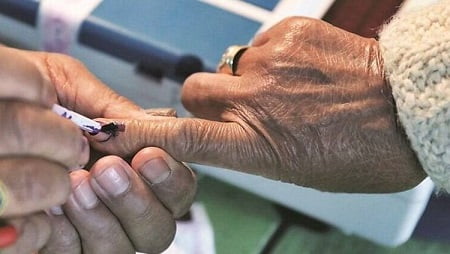 Bargarh: Over 80 per cent voter turnout was recorded in the by-election to Padampur assembly constituency in Odisha’s Bargarh district on Monday.

Bargarh district Collector Monisha Banerjee told reporters that around 80.05 per cent polling was recorded in the by-election.

However, the final polling percentage is likely to be more at voting was still in progress in around 71 booths.

Though voting, which began at 7 am and was scheduled to continue till 4 pm, all those voters who had reached the polling booths at 4 pm were allowed to exercise their franchise.

As per information, the total voter turnout this time is stated to be the highest in the constituency so far.

The polling was held in a peaceful and smooth manner and no untoward incident was reported from anywhere, Banerjee said, adding that there was no report of rigging or booth capturing from any place.

The voting for the by-poll was conducted smoothly at 319 polling stations under tight security arrangements. Out of 2.57 lakh voters, including 12 members of the transgender community, were eligible to exercise their franchise in the by-poll.

Voting was partially disrupted in some booths due to technical glitches in the Electronic Voting Machines (EVM). Voting, however, remained smooth and peaceful, said chief electoral officer (CEO) SK Lohani.

The Collector said that the authorities have deployed sufficient police force in the strong room and three layers of security arrangements have been made for the safety of EVMs.

Counting of votes will be held on December 8.