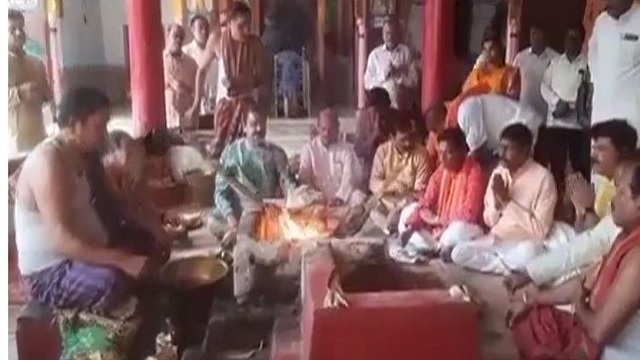 The voting for the bypoll to Dhamnagar Assembly Constituency in Odisha’s Bhadrak district began at 7 am and will come to an end at 6 pm. A total of 2,38,417 voters will seal the fate of five candidates– Abanti Das (BJD), Suryabanshi Suraj (BJP), Baba Harekrushna Sethi (Congress), Rajendra Kumar Das (Independent) and Pabitra Mohan Das (Independent).

Among the 252 booths, 110 have been declared sensitive, and webcasting has been arranged in 126 booths, officials said. There are 15 model booths and five pink booths, which have women security personnel and polling officials.

A strict warning has been given that anyone who violates the law may be arrested. Around 25 micro-observers have been appointed for this purpose.