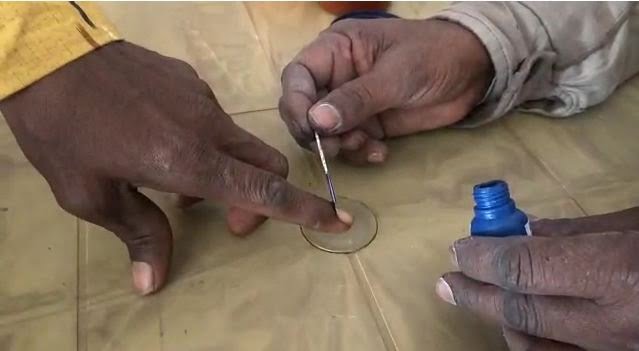 Bhadrak: The presiding officer of a polling booth fell ill and fainted when voting was underway for the by-election to Dhamnagar Assembly Constituency in Odisha’s Bhadrak district on Thursday.

According to reports, Pradeep Jena, first presiding officer of a booth in Ward No. 4 in Rameswarpur under Dalang panchayat fell unconscious in the polling station when voting was in progress.

Other polling staff deployed at the booth swung into action as soon as he fainted. He was immediately rushed to a hospital at Dhamnagar by the police personnel and other poll staff for treatment. Further details are awaited.

Earlier, polling officer of booth-139 Natabar Munda had died before the commencement of polling after he fell ill late on Wednesday. Chief Electoral Officer (CEO) of Odisha Sunil Lohani has announced Rs 15 lakh compensation for the kin of Munda.

According to sources, Munda, who was working as an assistant teacher at Olanga Nodal UP School in Bhadrak district, reportedly fell ill late on Wednesday and following which his family members rushed him to the Bhadrak district headquarters hospital for treatment. He was shifted to SCB Medical College and Hospital in Cuttack on the orders of the Bhadrak district collector as his condition worsened. He, however, died during treatment at the hospital.

‘Arrest Me If You Can’: Jharkhand CM Dares ED After Skipping Summons