Odisha Bypoll: Revolt By Ex-MLA Seemed To Have Queered BJD Pitch In Dhamnagar 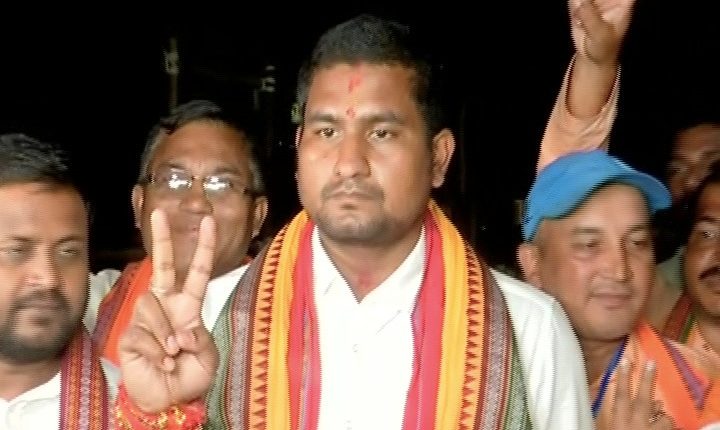 Bhubaneswar: Despite its all-out bid to wrest Dhamnagar Assembly seat in Odisha from BJP by playing the woman card, the ruling BJD juggernaut was halted perhaps due to revolt by its former MLA and a low turnout of voters in the by-election.

While BJD pitch was queered by former legislator Rajendra Das who jumped into the fray after being denied a party ticket, sympathy wave in favour of BJP candidate Suryabanshi Suraj was also believed to have catapulted the saffron party to victory.

In an apparent effort to draw sympathy votes, Suraj was fielded by BJP for the bypoll held for the seat following the demise of his father Bishnu Charan Sethi, who was the sitting MLA from Dhamnagar.

Disgruntled Rajendra Das, who contested the by-election as an independent, bagged over 8,153 votes. Revolt by Rajendra Das and his supporters appeared to have played a decisive role in the bypoll as he polled a substantial chunk of votes, making a major dent in BJD’s share.

Though the ruling BJD sought to play the woman card by fielding Tihidi block chairperson Abanti Das to counter the sympathy wave in favour of the BJP candidate, its strategy appeared to have failed probably due to a low turnout of voters in the by-election.

Though more number of women exercised their franchise in the by-election, their active participation failed to ensure victory for Das, who has been associated with the Mission Shakti movement and women self help groups (SHG). As many as 85452 women had voted in the bypoll as against 79011  men.

The ruling BJD’s woman card seemed to have failed to yield result probably because of low voter turnout. The by-election to the assembly segment saw around 3 per cent drop in turnout though women cast their votes. The voter turnout was 68.98% against 71.93% in 2019. Also, 6441 more women voted than men in the by-election.

Dhamnagar is considered a traditional BJP stronghold with the saffron party, having won twice from the seat in the recent past with Manmohan Samal in 2004 and Bishnu Charan Sethi in 2019.

It may be noted that the ruling BJD had set a record by winning all five by-elections held earlier – Pipili, Brajrajnagar, Balasore Sadar, Tirtol and Bijepur – after assuming power for the fifth consecutive term in 2019.