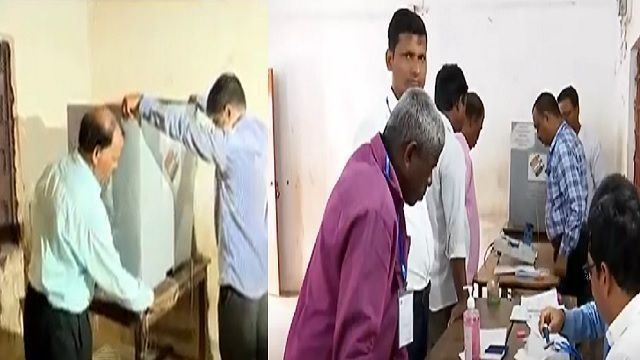 Bhadrak: The voting for bypoll to Dhamnagar Assembly Constituency in Odisha’s Bhadrak district began at 7 am on Thursday amid tight security.

Polling, which will continue till 6 pm, was delayed at booth number 15 in Mangalpur Primary School due to a technical glitch, sources said.

Around  1,000 police personnel and four companies of central paramilitary forces have been deployed for the by-election. The entry and exit points of the constituency have been sealed.

Among the 252 booths, 110 were declared sensitive, and there will be webcasting in 126 booths, officials said. There are 15 model booths and five pink booths, which have women security personnel and polling officials. A total of 1,008 polling officers have been deployed, added sources.

The votes will be counted on November 6.

Why The Political Stakes Are So High In Dhamnagar?