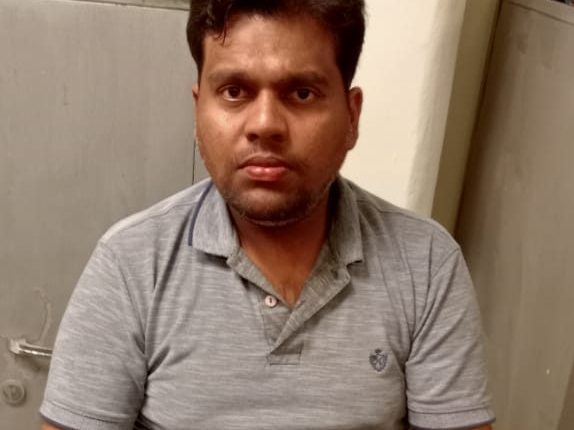 Bhubaneswar: The Economic Offence Wing (EOW) of Odisha Police has arrested a Chartered Accountant from Delhi for allegedly harassing, indulging in extortion and causing mental torture of a man by using recovery agents after extending a loan to him through an illegal digital app.

Accused Neerav Gupta alias Raman, a resident of Gurugram, was arrested on July 30 from Paschim Vihar area in West Delhi and brought here on Tuesday on transit remand obtained from the Court of Metropolitan Magistrate, Tishazari court, New Delhi, EOW said in a release.

Gupta has been booked under relevant sections of the Indian Penal Code (IPC) and Sec.66 (D) IT Act, 2000, in a case which was registered on the basis of findings of an inquiry into an allegation of one Sakti Prasad Dash of Bhubaneswar, it said.

Dash had alleged that he encountered harassment, extortion, and mental torture by the recovery agents of a Digital Loan App “Kredit Gold”, who sent him humiliating and abusive messages as well as some morphed photographs.

Investigation revealed that Dash, after downloading the loan app “Kredit Gold”, received an instant loan of Rs 9,000 and the amount was credited to his bank account. Four days later, he received messages and calls and was asked to pay back Rs 15,627, the release said.

Thereafter, he received calls and messages from different mobile numbers which were traced to be the number of a company namely M/s Good Start Business Pvt. Ltd., the Director of which is Nitin Malik, earlier held in the case. Taking the lead from Nitin Malik, Gupta was arrested.

During the investigation, it was found that Neerav Gupta, a Chartered Accountant, has opened a  number of shell companies purposefully to be used by Chinese nationals to facilitate cash transactions relating to the digital lending apps, the EOW said, adding the accused was getting huge money in return from Chinese people through Nitin.

He has received Rs 30 lakh from Chinese nationals for selling the shell companies to facilitate the business of the loan app. It is suspected that this international gang is running at least 10 such illegal loan APPS. There are more than one lakh downloads of “Kredit Gold” APP alone and if all the APPs are included there would be lakhs of victims across the country, according to the EOW release.

Materials including a laptop, two mobile phones, 11 seals of the shell companies, five digital signature certificate tokens, and four cheque books of four shell companies have been seized from Gupta, who was working for Chinese operators and is also wanted by different Law Enforcement Agencies of India. The investigation is in progress.

In order to contain such crimes, EOW has also advised to the public not to take any loans from unregistered and illegal loan apps.