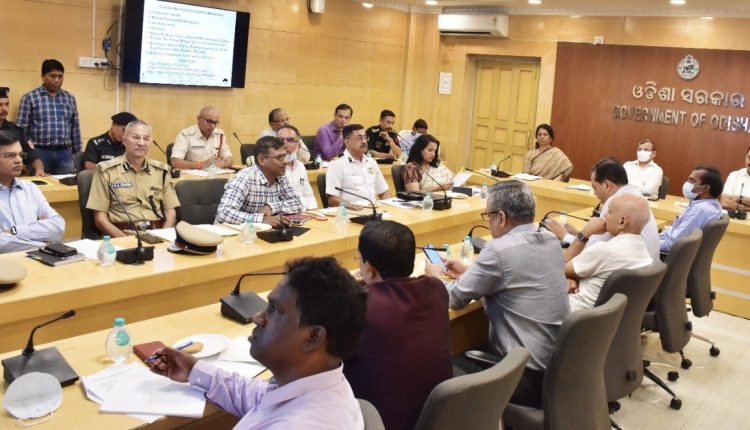 Bhubaneswar: Chief Secretary of Odisha government Suresh Chandra Mahapatra has directed the officials to remain alert during the cyclone season ahead.

Presiding a state-level cyclone preparedness meeting in Bhubaneswar on Monday, the chief secretary said due to its geographical position and climate, the state is always prone to floods and storms. But there is no cyclone forecast in next 15 days.

Due to the return of South-West Monsoon, especially in October and November, severe storms are experienced in Odisha from this month. At times, this period is extended upto mid-December.

Considering this, Mahapatra directed the officials to remain alert and follow the state government’s SOP in this regard. He told them to activate the official machinery to keep the essential items, equipment and mapping of human resources in readiness.

Regional Director of India Meteorological Department (IMD) HR Biswas informed that overall weather conditions were favourable for cyclone, but no forecast about cyclones in Odisha in next 15 days.

Earlier in the day, the IMD forecast that formation of a fresh cyclonic circulation over the Bay of Bengal is likely in the second half of this month (October 14 to October 20). Under its influence, another heavy spell of rain is forecast in the state during the period.

There is a likelihood of formation of a cyclonic circulation over east-central Bay of Bengal and adjoining north Andaman Sea during week 2 with a low probability of its further intensification and westnorthwestwards movement, according to the North Indian Ocean Extended Range Outlook for Cyclogenesis.