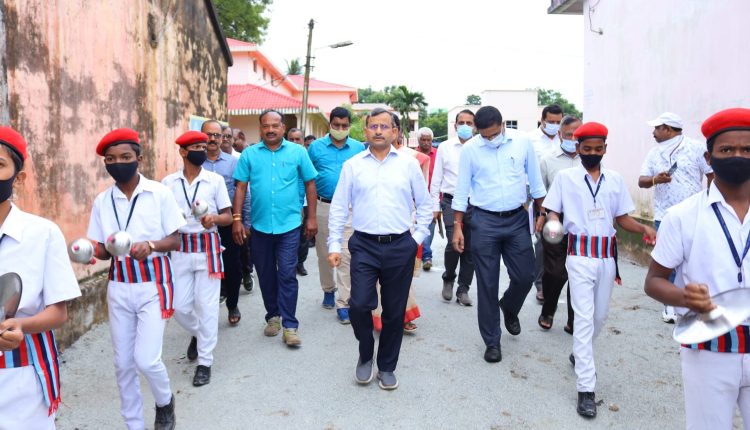 During a visit to the district on Thursday, the chief secretary took stock of the progress of different major projects including the drinking water project under construction at a meeting with district collector Asish Thakre and department officials. He directed the officials to speed up the project work to meet the deadline.

It was revealed at the meeting that the construction work of the government medical college and hospital has been completed. Mohapatra told the officials to take steps for completion of rest of the works of the project soon.

Reviewing the works of Rural Development and Works department, the chief secretary stressed on road communication with neighbouring districts and states. He told the officials to focus on need-based projects under district mineral fund and develop Kanjipani as an eco-tourism destination.

Mohapatra took stock of irrigation project at Kanpur and directed the engineers and officials to complete the bridge over the National Highway near the project by the end of October. He also told the officials of Water Resources and Forest department to speed up the process of obtaining forest clearance for expansion of irrigation canals in the area.

Later, the chief secretary participated in the ‘Mo School’ programme organised at DN High School. During an interaction with the teachers and students of the school and parents, he advised them to make the school a leading educational institution in the state.

Mohapatra, who is an alumni of the school, also inaugurated a 120-bed girls’ hostel and another 120-bed boys’ hostel built at a cost of Rs 5.17 crore on the school premises. He also went around smart classrooms, library and ICT laboratory in the school.