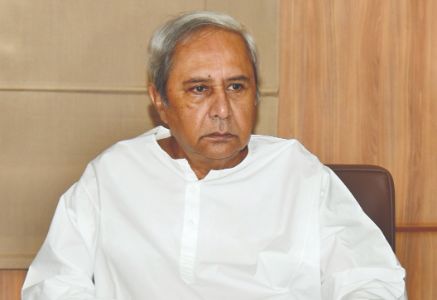 Bhubaneswar: Chief Minister Naveen Patnaik on Monday expressed shock at the attack on the students of Jawaharlal Nehru University (JNU).

A group of masked miscreants had carried out the attack on the JNU campus on Sunday evening. Several students were severely injured and admitted to hospital after the attack.

Taking to Twitter, the CM condemned the JNU attack and urged the law enforcement authorities to take immediate action against the culprits. He also wished speedy recovery of the injured students.

Shocked to know about the violent #JNUattack. Violence has no space in democracy and such attacks on students must be condemned unequivocally. Appeal law enforcement agencies to take swift action to apprehend the culprits and wish the injured students a speedy recovery.

According to witnesses, masked goons armed with iron rods and sticks had barged on the campus and beat up students. Besides, they also entered the hostels and thrashed several students, including girls.

Talking to Odisha Bytes on Sunday night, a JNU student had claimed to have seen some leaders and activists of the Akhila Bharatiya Vidyarthi Parishad (ABVP) beating up students with rods on the campus.

On Monday, a girl student at JNU from Odisha’s Kalahandi district left the campus in fear. The students are terrified by the violence, she told the media. “I am leaving for my home as I don’t want to take any risk as the situation on campus is tense. There are several Odia students who have already left the campus since last night,” she added.