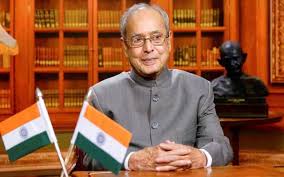 New Delhi: Tributes poured in for Pranab Mukherjee after the former President passed away at a hospital in the Capital on Monday.

Son Abhijeet Mukherjee confirmed the news with a tweet.

With a Heavy Heart , this is to inform you that my father Shri #PranabMukherjee has just passed away inspite of the best efforts of Doctors of RR Hospital & prayers ,duas & prarthanas from people throughout India !
I thank all of You ?

PM Modi recalled his association with Mukherjee. “I was new to Delhi in 2014. From Day 1, I was blessed to have the guidance, support and blessings of Shri Pranab Mukherjee. I will always cherish my interactions with him. Condolences to his family, friends, admirers and supporters across India. Om Shanti,” Modi tweeted.

India grieves the passing away of Bharat Ratna Shri Pranab Mukherjee. He has left an indelible mark on the development trajectory of our nation. A scholar par excellence, a towering statesman, he was admired across the political spectrum and by all sections of society. pic.twitter.com/gz6rwQbxi6

Sad to hear that former President Shri Pranab Mukherjee is no more. His demise is passing of an era. A colossus in public life, he served Mother India with the spirit of a sage. The nation mourns losing one of its worthiest sons. Condolences to his family, friends & all citizens.

Odisha CM Naveen described Mukherjee as an illustrious son of India, who had vast knowledge on almost all issues and was insightful, prudent and balanced in all his approach to life.

“He had a distinguished political career and was respected and loved by all sections of society for his judicious decisions and unparalleled experience in governance. He will always be remembered for his exceptional ability to forge consensus on National issues. His demise brings an end to a glorious life,” Naveen added.

Deeply saddened to know about the demise of former President #PranabMukherjee. #PranabDa was a prolific reader, powerful orator, scholar & had an unparalleled experience in governance. He will always be remembered for his exceptional ability to forge consensus on national issues.

An outstanding parliamentarian with in-depth knowledge on Constitution, he served country with distinction. In his death, the country has lost a formidable leader; the void created is difficult to fill.

Unlock 4.0: What Is Allowed & What Isn’t In Odisha; Know The Activities Permitted From Sept 21

Unlock 4.0: Masks, Aarogya Setu A Must In Odisha; Inter-State Passenger Buses To Ply From Sept 1