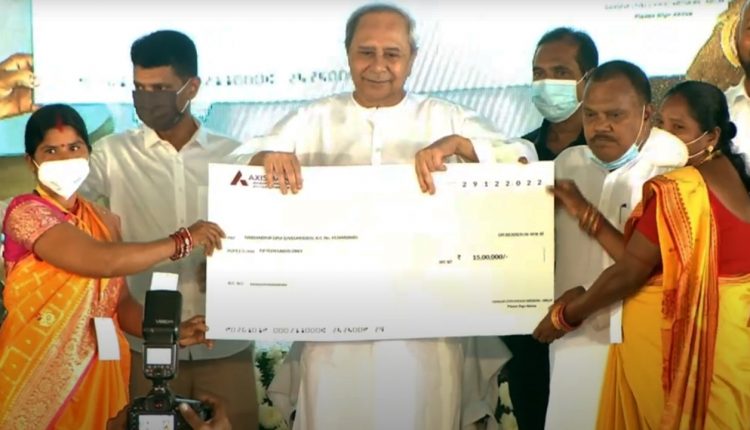 The Chief Minister inaugurated 746 projects completed at a cost of Rs 313 crore and laid the foundation stone for 795 programmes being taken up with an investment of Rs 1492 crore.

This apart, Naveen also announced two mega drinking water projects to be launched in the district for which Rs  350 crore will be spent. The state Cabinet has already approved the projects, he said, adding that the projects will benefit people of 48 panchayats.

Hailing Angul as a land of struggle and service, the Chief Minister recalled the sacrifice and services of freedom fighters like Nabakrushna Choudhury, Malati Choudhury and Pabitra Mohan Pradhan.

Describing development and progress as the identity of Angul, he said employment opportunities in the district are increasing with setting up of different industries. The state has succeeded in attracting investment intents of over Rs 10 lakh crore during the recent Make In Odisha Conclave, he said.

While providing monetary aid to women SHGs under Mission Shakti, he exhorted women to turn entrepreneurs and take this movement to the next level. He further announced that women will be provided Rs 50,000 loan without interest in next five years under the programme. The assistance will benefit 75,000 women of 7372 SHGs.

While expressing the hope that women will script history in the development of Odisha, the Chief Minister stressed ‘one panchayat, one product’. If each panchayat can produce a specific product, it will facilitate the market and also create a unique identity for each panchayat, he said.