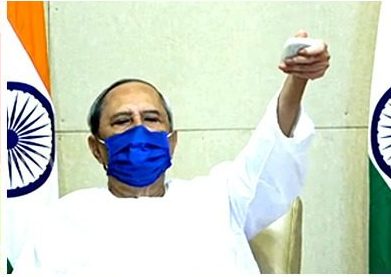 Under this initiative, quality drinking water will be provided to about seven lakh people of 1.4 lakh households in the city by the end of 2023.

Instead of groundwater, water from the Mahanadi will be treated and supplied to the people for consumption.

Inaugurating the Rs 790-cr facility via video-conferencing, the CM said the mission is not only being emulated in India but in several developing countries.

“Our effort to ensure availability of pure drinking water is important for the good health of the people,” the CM said.

This facility will soon be extended to all 114 towns and cities of the state by March this year, he added.

The CM also inaugurated three water treatment plants with capacities of 129 million, 8 million, and 6 million constructed at a cost of Rs 430 crore under the jurisdiction of Cuttack Development Authority (CDA), Pratap Nagari and Jagatpur respectively.

Urban Development Minister Pratap Jena said, “Development of Cuttack has been a priority for the CM and in 2022, at least four important projects will be launched here.”

It must be mentioned that in February last year, the Odisha Government’s ‘Drink from Tap Mission’ under the 5T initiative won the ‘Award of Excellence’ in the 18th CSI SIG eGovernance Award 2020 for smart water management in Puri city amongst 178 nominations received from across India.

The CEO of United Kingdom-based Water Aids, Tim Wainwright had also lauded the Odisha government for its initiative, launched on October 13 last year to ensure quality tapped drinking water for over 1.5 million people in more than 15 urban areas.

Young Teacher From Odisha Runs A Café For Mathematics; Know What’s On His Platter