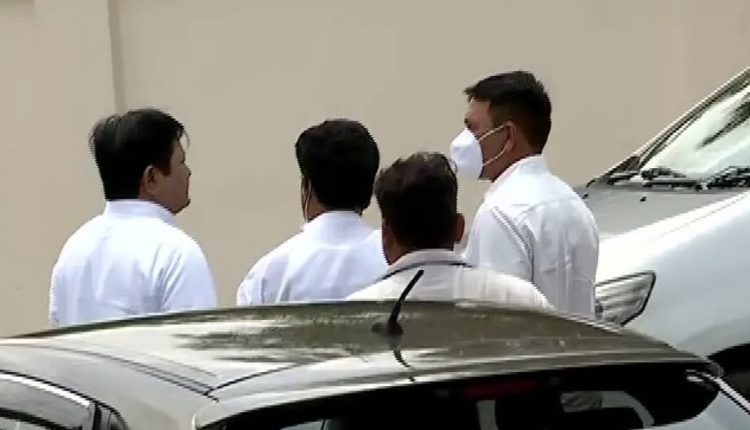 Bhubaneswar: A day after the newly-inducted ministers visited Jagannath Temple in Puri to seek blessings of the Lords, those dropped from Biju Janata Dal (BJD) government in the Cabinet rejig met party president and Odisha Chief Minister Naveen Patnaik at his residence in Bhubaneswar on Monday.

According to sources, a discussion is currently underway regarding various issues.

Assurance: Naveen is believed to have told the dropped ministers, including  Sushant Singh, Pratap Jena, Dibya Shankar Mishra, Sudam Marndi, Jyoti Prakash Panigrahi, Padmanabh Behera, that the ministry changes were required and they should not feel disappointed. They should feel assured of their position in the party and the larger scheme of things.

Pep Talk: Naveen’s pep talk, party sources said, was aimed lifting the morale of those not given a chance to continue as ministers. Ministry changes were the CM’s prerogative and the latest one is aimed at Mission 2024 and everyone needs to see the ‘Big Picture’.

New Roles and Responsibilities: The dropped ministers are likely to get new responsibilities, especially in the party organisation, keeping in view their experience and expertise, party sources said.

Organisation Revamp: With the next Assembly and Lok Sabha elections less than two years away, the BJD top bosses are planning to further galvanise the party machinery. While those experienced in the organisation will be inducted into the party structure, some youth leaders will also be given new assignments in different districts. The regional party is trying to plug loopholes in its organisation, especially in Western Odisha, to checkmate the BJP and the Congress.

Road Ahead: While Naveen Patnaik is obviously the boss and the face of the BJD, the party wants that message to ring hard within the party and the public particularly to dispel various fears and rumours doing the rounds, sources said. The regional outfit wants to consolidate its position as the number one party in Odisha and hence is said to be working with a 360-degree approach to keep threats and dissension at bay.

In 2017 too, Naveen had asked 10 of the 20 ministers in his government to resign. Five of them were then given the responsibilities of district units with an eye on the 2019 elections.

While dropping some controversial names in the revamped Council of Ministers, Naveen on Sunday gave more representation to the western region of the state where the BJP had performed well in the last general elections.

Prominent among the 11 dropped ministers are Pratap Jena, whose name surfaced in the Mahanga double murder case last year; Agriculture and Higher Education Minister Arun Kumar Sahoo, who was accused of shielding an accused in the abduction and murder of a five-year-old girl in Nayagarh district in 2020; and Minister of State for Home Captain Dibya Shankar Mishra, who got embroiled in a controversy last year following the murder of a woman schoolteacher in Kalahandi.