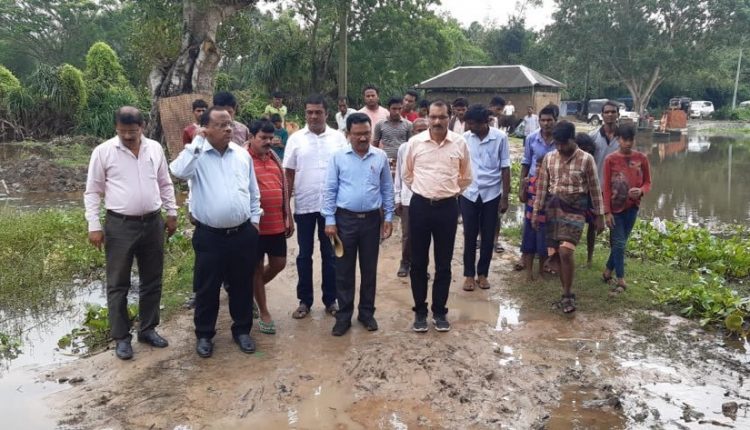 Chief Minister Naveen Patnaik will make an aerial survey of the Bulbul-affected districts in Odisha on Monday afternoon.

He will then review damage and restoration measures through video conferencing with collectors of six districts at Loka Seva Bhavan in the evening.

The very severe cyclonic storm whizzed past Odisha on Saturday, but not before leaving behind a trail of devastation by uprooting trees and electric poles and ravaging standing crops  in six districts – Jajpur, Kendrapara, Jagatsinghpur, Bhadrak, Balasore and Mayurbhanj.

Central Range RDC Anil Samal, who toured the affected Bharak district on Sunday, told mediapersons that there has been extensive damage to crops and power infrastructure. “Chandbali, Dhamra and Basudevpur have been the worst affected. It will take a day or two to restore power supply to these places,” he said.

He further said that 50 tankers have been deployed to ensure drinking water supply.

The Agriculture Department has been directed to assess the crop loss, he added.

During this damage assessment visit, the RDC also had lunch at a home for destitute children in the district.

In the evening, Chief Secretary Asit Tripathy reviewed the post-Bulbul scenario in the affected districts.