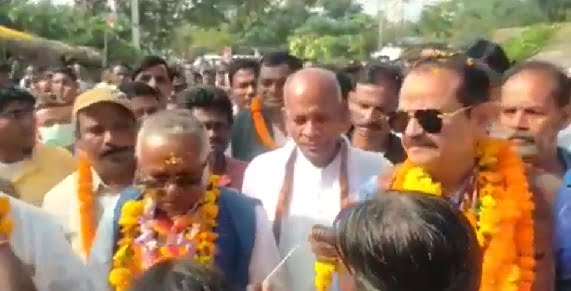 Nabarangpur: The Congress on Sunday took out a bike rally and organised a public meeting as a show of strength in the village of its senior leader and former MP Pradeep Majhi who joined BJD on Saturday.

The leaders led a procession participated by hundreds of Congress workers from the area from the residence of Pradeep Majhi at Jharigaon of the district to the meeting place.

Speaking at the meeting, Bahinipati said it is a matter of regret that leader like Pradeep Majhi who got recognition because of their affiliation to the Congress are now ditching the party in lure of power and positions.

“The Congress has never been weak and will get back its past glory. It has been further strengthened after some leaders who were engaged in anti-party activities have left,” he said.

Bhajta Das i his speech criticised the BJP government at the Centre for stopping all the welfare schemes that were launched by the Congress.

3.3 Million Malnourished Children In India; Which Are The Worst States?