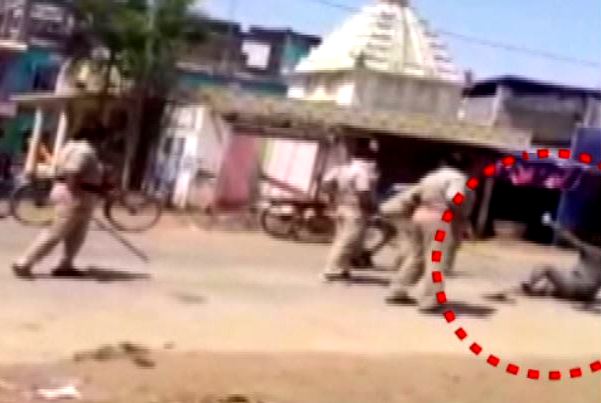 Bhadrak: A constable was suspended for allegedly thrashing a youth in full public glare near Banta police station in Odisha’s Bhadrak district on Monday.

Bhadrak SP Rajesh Pandit ordered for his suspension after a video of this incident went viral on social media.

Reports said about five policemen detained a youth near Banta police station on Bhadrak-Anandpur state highway for not wearing a face mask and severely thrashed them in presence of the IIC of the Mahila Police Station. The seriously injured youth was later admitted to the community health centre (CHC) at Banta.

A bystander recorded the incident and uploaded it on social media tagging the Governor, Chief Minister’s Office, Director General of Police (DGP) and the Bhadrak SP.

A case was registered in Bonth PS for assaulting a Woman Constable during enforcement. Investigation is on. A constable has been placed under suspension for alleged use of excess force while detaining the accused. Enquiry is going on.

The Bhadrak SP, however, tweeted that a case has also been registered against the youth for allegedly misbehaving with a lady constable for which he was detained, leading to excesses.

COVID Impact On Legal System: What Should Be The Way Forward ?