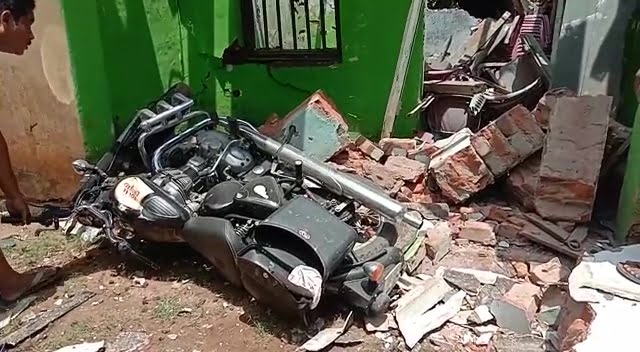 Dhenkanal: A forest staff was seriously injured when a stack of crackers kept in a house in the Forest Colony in Dhenkanal town went off on Wednesday morning.

The incident took place around 7 am when crackers, which are used for driving away wild elephants from the human habitations, exploded. The blast ripped through the asbestos of the house of forester Himanshu Prusty where these were kept and damaged a motorcycle parked nearby, sources said.

The forest guard, Sujit Samal, was alone inside the house at the time of the explosion. The forester along with his family had recently shifted to the quarters located at Ganesh Bazar, the sources further said.

Following the blast, fire brigade rushed to the spot and shifted the injured to the district headquarters hospital where his condition is stated to be critical.

Town police also reached the spot and began an investigation into the incident, the sources added.