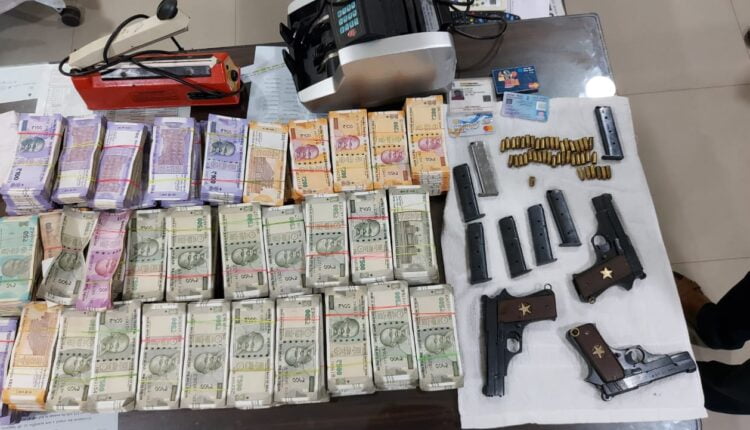 Acting on a tip-off over alleged sale and possession of contraband brown sugar and guns, the STF raided a house at Udaya Lane at Sinduria today morning.