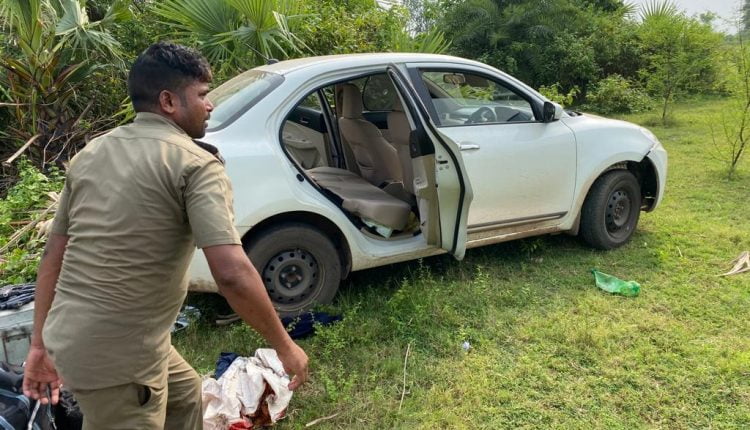 Dhenkanal: Odisha Director General of Police Abhay on Monday lauded Dhenkanal Police and Cuttack Police for their coordination and prompt action in nabbing ATM cash looters and recovering the money within an hour.

The DGP informed that three miscreants involved in a robbery of over Rs 1 crore cash from a van engaged to replenish ATMs of State Bank of India (SBI) on Monday afternoon were nabbed and money recovered within 45 minutes.

According to reports, the three miscreants intercepted the cash van of  private company between Khuntakata and Ankula Chowk under Athagarh police limits around 1.15 pm. The miscreants overpowered the security personnel guarding cash in the van and decamped with the vehicle. The miscreants also took away the weapons of the security staff.

The van security alerted Athagarh Police, who swung into action and alerted neighbouring police stations. Police blocked all the possible passages and managed to nab the miscreants.

Preliminary investigation revealed that miscreants had abandoned the cash van and taken cash in a private vehicle. Dhenkanal Sadar Police located the vehicle at a check point and asked the vehicle to stop but as they did not stop, police gave a chase.

After a brief chase, cops managed to intercept the vehicle and catch the miscreants. During search, police recovered over Rs 1.05 crore cash of the Rs 1.29 crore looted, gun of the cash van’s security staff and four country-made firearms, said the DGP. The three accused have been arrested.