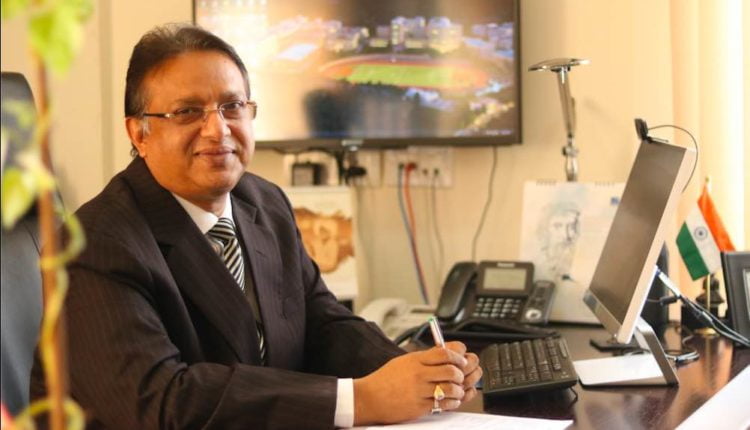 Bhubaneswar: “Hello, I am Bijaya Sahoo,” said a smart gentleman as we shook hands for the first time. “Yeah, I know of you,” I replied, looking at an amazing tie, having designs of flags of different countries, which he wore. “I have read your bylines. You write well. Keep it up, young man,” he complimented, as we struck a chord. “Well, your tie is lovely, befitting the organization you are part of,” was my appreciative comment. And pat came the quip: “We all are global citizens and should have international aspirations.”

This was in 2005. And the occasion: a convention of Rotary International District – 3260 at Jawaharlal Nehru Indoor Stadium in Cuttack. I had been selected to represent the Rotary district in the United Kingdom as part of its prestigious Group Study Exchange programme (which is for non-Rotarians) and hence hogging some limelight at the gathering. And he was there, of course, because he was a member of the club.

What struck me then about Bijaya Sahoo, then a noted chartered accountant (a partner of SRB & Associates in Bhubaneswar) was his ability to network and connect. Though our interaction was brief, he definitely left an impression on me, someone you would want to keep in touch with. And so we did.

A few weeks later he invited me to his impressive office at Idco Towers here and we ended up discussing various issues, ranging from economy and politics to education and entrepreneurship. Here was a man who loved talking about Odisha affairs and I, being a journalist, loved to get a CA’s perspective on things. Unlike many others of his ilk, he had the range to deliberate on various topics. But unease was apparently churning within him. Little wonder, not satisfied with his job as CA, he took the plunge into entrepreneurship full-time a few years later. He had in 1997 set up a software technology company (JSS Group) and made a mark, but it was his dream project – SAI International School founded in 2008 – that made him stand head and shoulders above the rest.

When I congratulated him on the inauguration of the international school (then a new idea to Bhubaneswar), he told me hopefully this would just be the beginning. Truly, it was. The school, one of the leading not only in Odisha but in India, carved a niche for itself in quick time, thanks to the efforts of Bijaya Sahoo, his wife Silpi and team. In subsequent years he went on to set up SAI International College of Commerce (2015), SAI Angan (2015) and SAI International Residential School (2018).

Among the few successful edupreneurs of Odisha, Bijaya Sahoo certainly had his eyes set on achieving much bigger things. Which is possibly why, in 2019 he took up the responsibility of advisor-cum-working president of state-run Odisha Adarsha Vidyalaya Sangathan (OAVS). Weeks after taking charge during an interview with Odisha Bytes (https://odishabytes.com/google-tools-for-every-teacher-student-in-adarsha-schools-bijay-sahoo/), he had spelt out his vision: the core mantra lies in inspiring principals and teachers and exposing the children to global teaching modules while achieving academic excellence.  “These would make the schools icons for the rest of the country and the Adarsha model could be replicated by other states in the next 4-5 years,” he envisioned.

In a government setup, the work culture no doubt is very different from what one experiences in a privately-run enterprise. And OAVS, too, in the initial months did not move at the pace he would have liked. But the model schools are gradually taking shape. Alas, he is no more to make those a top brand.

A few days before he tested positive for COVID- 19 in April, we spoke over the phone and he said we need to meet to discuss a few things. I was curious and said he could tell me over the phone. But he insisted that we meet in person. I agreed to come over. Sadly, soon after he became unwell and our meeting never happened. When he was in the hospital and I would take regular updates about him from one of his close associates, the thought of what he could have possibly wanted to discuss with me crossed my mind on a few occasions. I invariably consoled myself with the idea that I would meet him as soon as he recovered, never willing to accept that he could just go away, so suddenly, so abruptly. He was only 58 and so much more to offer. What he wanted to talk to me about is something I would never know, but his words on our maiden meeting, ‘we all are global citizens and should have international aspirations,’ shall always ring in my ears. It’s so hard to say goodbye to Bijaya Sahoo.

Mehul Choksi’s Life In Danger If Sent Back To India: Wife