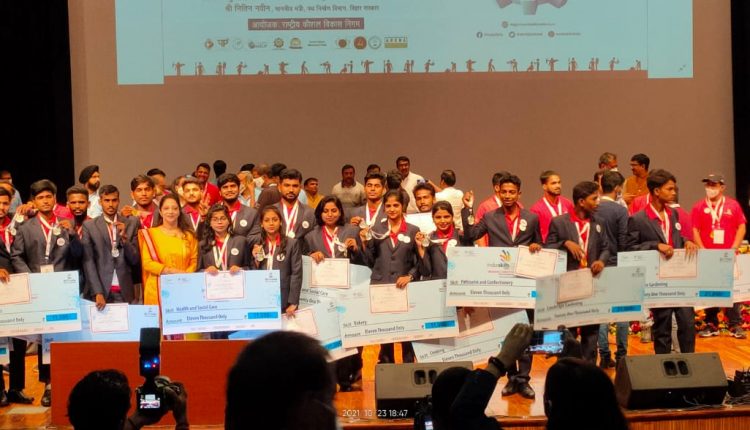 Bhubaneswar: Odisha dominated with 23 gold medals and 20 silver medals in the India Skills 2021 Eastern Region competition held at Patna. As many as 245 youth from eight states and union territories from the country’s East and North Eastern parts took part in the competition.

Odisha had sent a contingent of 85 participants to fight it out in 39 skill events. Paramedic student J Lavanya topped the trade of the healthcare division and bagged the gold medal.

Similarly, Mechanical engineering student Hritik Patra won the gold in the area of Joinery (Wood works). A new and sophisticated area of third game art was mastered by Computer Science and Engineering student Saurav Dhali, who won the silver.

The results of the competitions were announced on October 23 with 43 youths from Odisha emerging with flying colours. According to officials, a total of 59 competitors including 13 girls will now take part in the India Skills competition to be held in December in Bengaluru this year.

The India Skills competition winners will go on to compete in the World Skills Competition to be staged in Shanghai, China. NSDC, Ministry of Skill Development and Entrepreneurship and Bihar government organised the event.