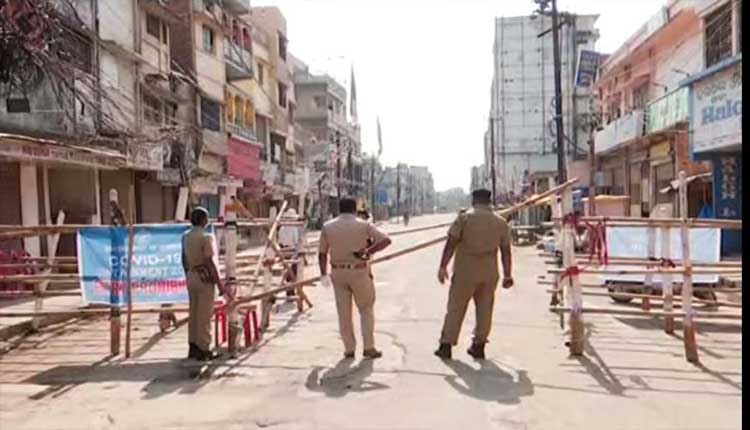 Rourkela:  With the number of COVID-19 cases rising to 10 in Rourkela, the Sundargarh district administration has taken up sample testing in the containment zones in the city on a war-footing.

Sundargarh Collector Nikhil Pavan Kalyan said security personnel have been deployed in the containment zones at Bisra and Nala Road. The areas have been sealed while medical teams are conducting COVID-19 tests.

“The district administration has stopped the sale and processing of non-veg items in Sector-18 market and notices have been issued to 20 persons to remain in home quarantine,”, the collector informed.

He stated that medical teams have also begun testing in the slums at Panposh, Sector-15 and Koel Nagar areas of the city.

Police have also conducted a flag march on the main road in the city after some people were found loitering outside in violation of the lockdown guidelines. “Apart from this, additional police force has been deployed in the sensitive areas in the city to keep a close watch on the movement of the people,” he added.

Corona Notes: Neither Here Nor There