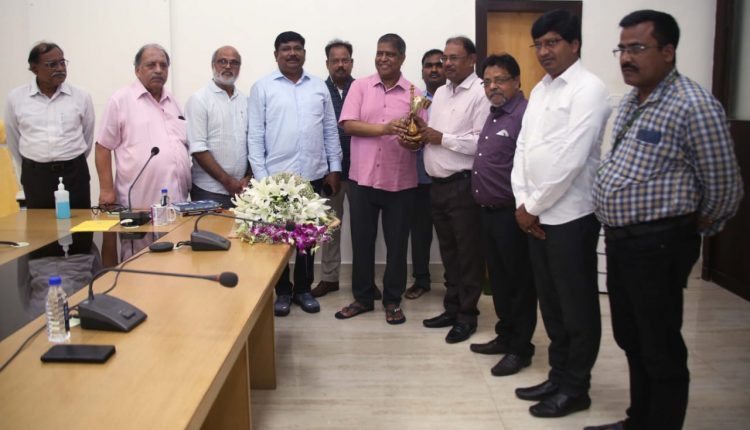 Bhubaneswar: Eminent film critic and author Surya Deo, who was chosen for special mention in the 68th National Film Award 2020 for best writing on cinema for his book in Odia — ‘Kali Pain Kalira Cinema’, was felicitated by Siksha ‘O’ Anusandhan (SOA) on Wednesday.

SOA Founder President Prof. (Dr.) Manojranjan Nayak felicitated Deo, whose book competed with 21 other publications to get the award.

Congratulating Deo on his success, Nayak said SOA would plan to undertake research on Odia cinema and culture in collaboration with the film critic.

Deo narrated his experience in retracing the history of Odia cinema and the challenges he faced when conducting research and in the documentation. The book contained detailed documentation of 21 Odia classics, which included mythological, pure entertainment and parallel cinema. It contained more than 100 rare photographs and posters.

Airtel To Start 5G This Month