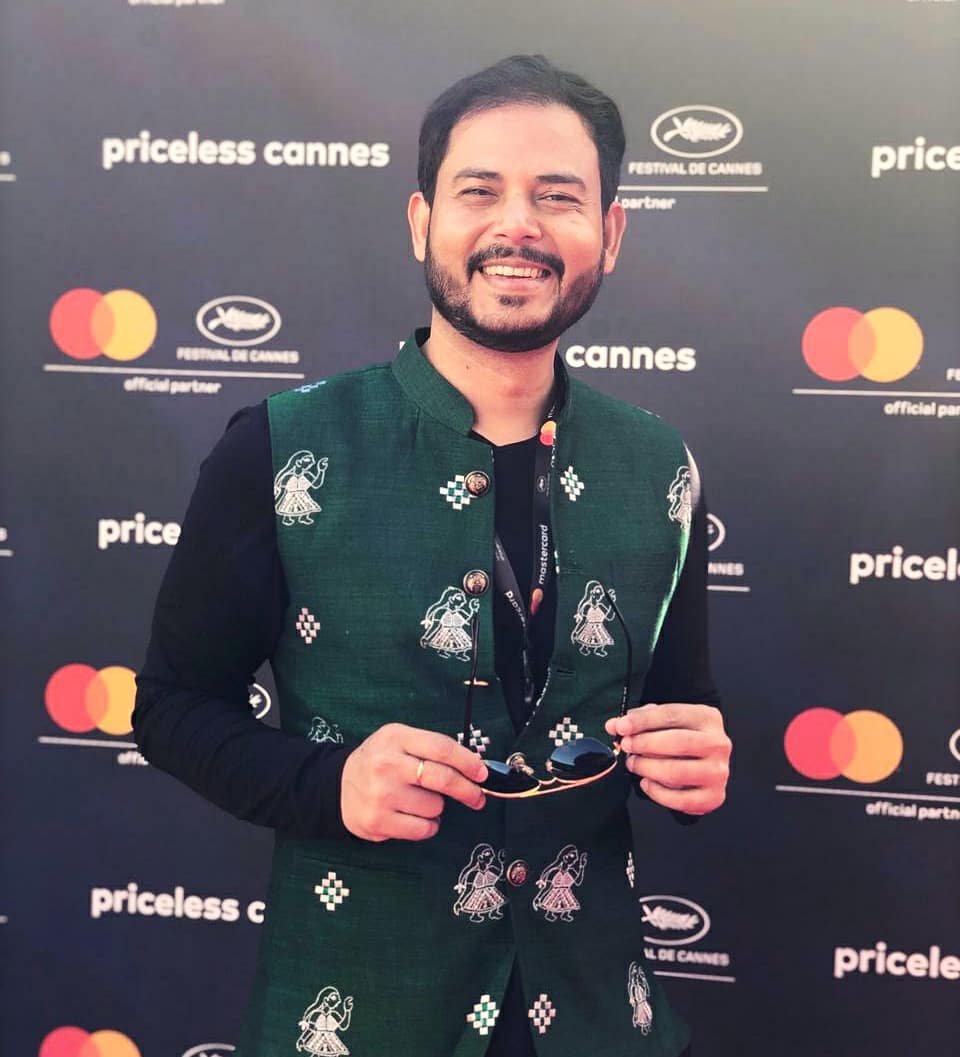 He was representing the Smile International film festival for children and youth, Smile Foundation.

He took to Twitter and posted moments from Cannes, where he was a part of many important panel and forums during the last seven days.

#Sambalpuri @Festival_Cannes :I always try to wear my traditional #Sambalpuri designs during all my momemtous events. These handwoven clothes have some devine power which always keep me charged-up, confident & positive from inside.. 🤗 @CMO_Odisha @odisha_tourism pic.twitter.com/u9orytKtO0

Many international celebrities and leaders from the industry appreciated this attempt at bringing alive the tradition of Odisha at Cannes.

Born in Titlagarh, his last production ‘The Last Color’ by celebrity Chef Vikas Khanna had a special screening at the festival in it’s Marche du Films section on May 15.

Movies by two other Odia filmmakers will also be screened at the prestigious festival being held from My 14 to 25. They are Sisir Kumar Sahu’s short film Swahaa and Antardhwani produced by Rajesh Kumar Mohanty.

A third movie with an Odisha connect at Cannes is Jungle Cry, which follows the lives of 12 underprivileged children from the Kalinga Institute of Social Sciences in Odisha and their triumphant journey to the International Junior Rugby Tournament held in England in 2007.

Odia Girl Swapna Pati Slays At Cannes 2019 In A Sambalpuri…

Which Indian Designer Dressed Up Melita Toscan For Cannes…

Odia Movie ‘Swaha’ To Be Screened At Cannes