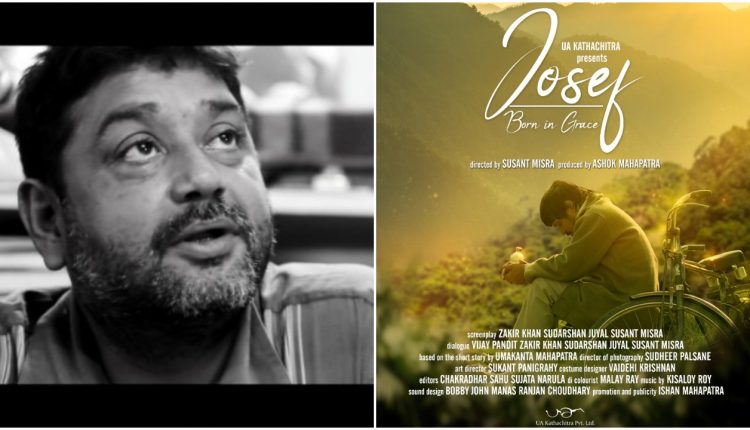 Odisha-born filmmaker Susant Misra’s ‘Josef – Born in Grace’ features in the 344 eligible feature films list for the 2019 Academy Awards recently announced by the Academy of Motion Picture Arts and Sciences.

The movie with an impressive star cast, which includes Victor Banerjee as a Christian priest, is an adaptation of a short story ‘Joseph’ written by Umakanta Mahapatra. It is set in the foothills of the Himalayas between 1960 and 1980 in India.

It has been produced by another Odia, Ashok Mahapatra.

The movie is paced in a way that reflects the times and the innocence of the period. It is about Father O’Hara (Victor Banerjee), a missionary doctor, who with the help of his caretaker Maularam (Sudarshan Juyal), raises an orphan baby Josef (Hitesh Bisht). O’Hara sends Josef to Dehradun for his education and vocational training (to be a cook).  He (Subrat Dutta) returns as a great cook, but with a reputation for his love for alcohol.

After a diploma in screenplay writing and direction from FTII, Pune, he directed his first feature film ‘Indradhanur Chaai’ in 1993. It won him the Grand Prix at the Sochi International Film Festival in Russia and was the official selection in Un Certain Regard at the Cannes International Film Festival in 1995. His second film, ‘Biswaprakash’ won the National Awards for Best Odia Film in 2000. ‘Dharin’, his third film was made both in Hindi and Odia.

He also made three documentaries – ‘Dhenkanal – A Multifaceted Paradise’, ‘Samarpanam’, which was on the eminent Bharatnatyam dancer Malavika Sarukkai, and ‘Pearls of Wisdom’ on Odia Literature for the Children’s Film Society, India.

Nominations for the 92nd Academy Awards will be announced on January 13, 2020, and the ceremony will take place on February 9.

Barabati ODI: Know What Indian & West Indies Players Did On ‘Day Off’