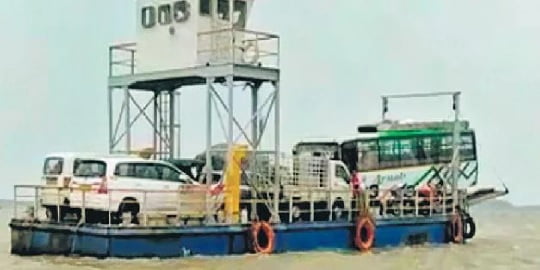 Bhubaneswar: The Chilika Development Authority on Monday said floating bridge vessel service in the lake has been suspended from Satapada to Janhikuda for an indefinite period.

According to reports, the CDA has cited decline in water level in the lake for the decision.

It may be mentioned that two floating bridge vessels got stranded in Chilika lake two times in less than two months.

The latest incident took place on Sunday evening when the floating bridge vessel was ferrying around 30 people and some vehicles from Satapada to Jahnikuda in Puri district at around 5 pm.

A similar incident had occurred on the same stretch on February 6 when a floating bridge vessel carrying passengers and vehicles had got stranded. On January 20 also, similar incident took place.