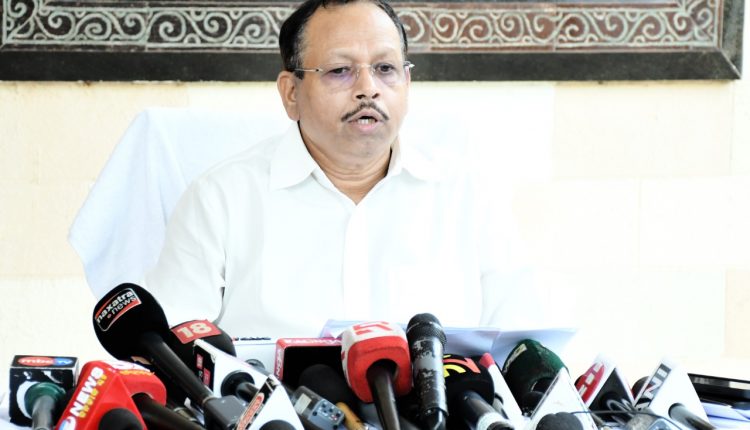 Bhubaneswar: Odisha’s Special Relief Commissioner (SRC) PK Jena has asked the people of Puri and Khurda districts to remain alert as Mahanadi has breached at two places causing flood in the surrounding areas.

In his press briefing on present flood situation in Odisha at 9 pm on Tuesday, Jena said the overflowing Mahanadi has breached its embankments at Makara in Puri district and Rajua in Khurda.

Stating that the areas near both places have been flooded and the situation might worsen at night, he advised the people and officials concerned to remain alert for next 48 hours.

The SRC said the inflow of floodwater in Mahanadi has reached its highest level at Mundali barrage in Cuttack district. “The peak condition will continue for another 8 to 9 hours till 3 am on Wednesday and the flood water is expected to reach sea by 6 pm to 9 pm,” he added. But the SRC ruled out flood in river Baitarani so far.

He further said around 2 lakh people have been affected by the flood in the state. Total 1,366 villages under 175 panchayats in 49 blocks have come under the grip of floodwater. Around 24,000 hectare agriculture land have been submerged under floodwater, he added.

Directing the collectors of the flood affected districts to take necessary rescue and relief measures, Jena said 90 free kitchens have been set up to provide food to the people of waterlogged areas.