Odisha Focuses On Enhancing Livelihood Through Forestry To Make It Sustainable 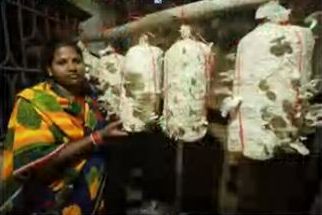 Bhubaneswar: Resolute on enhancing livelihood through forestry, the Odisha Government has directed several departments to intensify livelihood activities for making it sustainable.

“The people living in these villages are mostly poor and they need to be assisted through income generation activities (IGA),” Mohapatra said during a virtual meeting from the Loka Seva Bhavan in Bhubaneswar on Monday.

Such activities add to the conservation and growth of the forest, stressing on the need to ensure survival of the seedlings with close supervision, he said.

The administration has decided to implement local-specific IGAs through the Vana Surakhya Samiti (VSS) and women self-help groups.

Project Director Meeta Biswal said the OFSDP was being implemented in 12 forest divisions and two wildlife divisions across 10 districts, where 1,211 VSSs were actively involved at the ground level.

The activities under the OFSDP include sustainable forest and biodiversity management, block plantation, construction of soil moisture conservation measures.

Sal leaf clusters in three divisions were made operational. More than 300 members from the VSSs were trained in sal leaf stitching and the making of cups and plates.

Six hi-tech nurseries have been operationalised and construction of multi-product clusters for value addition of minor forest produce and agri-products was in progress, sources added.