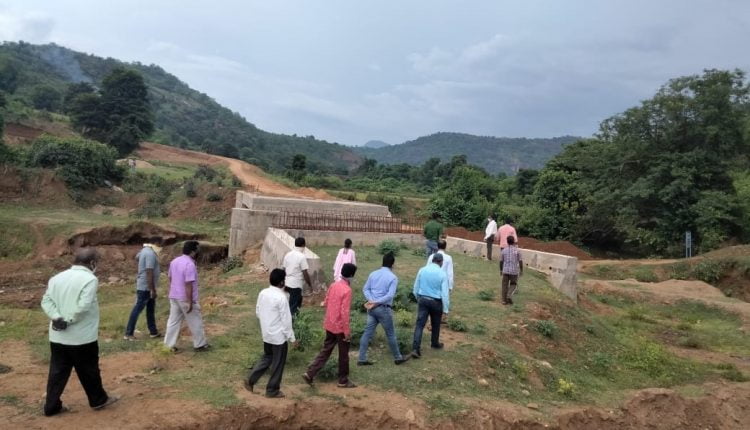 Rayagada: The Odisha government has foiled another attempt of intrusion into its territory by Andhra Pradesh.

In order to woo the voters before the panchayat elections in Andhra, the government of the neighbouring state had started construction of a bridge at Sanakuluti village under Sadar block of the district in February. The bridge at Sanakuliti was a long-standing demand of the people of several villages in Andhra as they had to go through the Odisha village for communication.

Following media reports about the bridge construction, the Rayagada district administration had intervened and stopped the work. It had also put up a sign board  at the place stating that it belonged to Odisha.

However, the Andhra officials, who had remained silent till now, resumed the bridge work 10 days back. On being informed, Rayagada BDO Laxminarayan Sabat and tehsildar Uma Shankar Behera along with other officials visited the site and stopped the construction on Wednesday.

“After their work was stopped, now the Andhra government has written to the district administration seeking permission for the purpose. But we have started preparation to begin the construction of the bridge for the benefit of the villagers,” said Sabat.

It may be noted that Andhra Pradesh has been carrying out various developmental activities in the bordering areas of Odisha which have been strongly opposed by the latter.

In February, the neighbouring state held panchayat elections in three villages under Kotia panchayat of Koraput district. The Odisha government challenged it in the Supreme Court stating that it was violation of status quo in respect to border dispute.

Salim-Javed Duo To Be Celebrated In Documentary By Salman Khan, Farhan & Zoya Akhtar