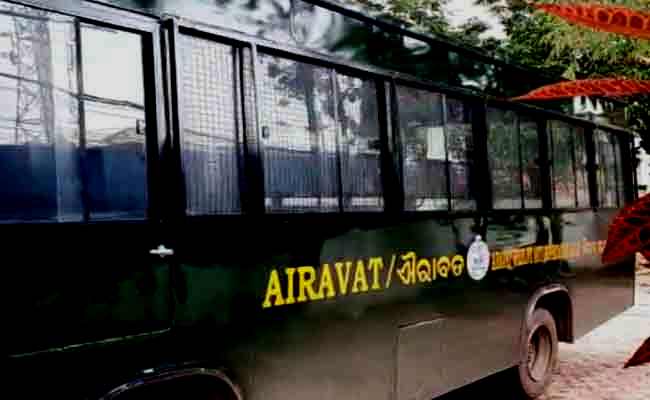 Bhubaneswar: Taking note of the rising incidents of human casualties due to elephant attacks, the Forest Department has come up with a novel scheme “Airavat Bus Yojana”.

The Department has launched the new scheme in the Parjang block rage in Dhenkanal district.

Under the new scheme, the Forest staffers and the elephant squad will patrol the forest area in a bus named Airavat and keep a strict vigil on the movement of the elephant herd. Apart from driving the herd from the human habitations, the team will also protect the elephants from the poachers.

The specially designed bus built at a cost of Rs 21 lakh has several features like mobile charging facilities and the instruments used to drive out the elephants. With this, the team will be able to reach the elephant infested areas quickly.

This new scheme is introduced in the Mahabirod and the western forest range of Kamakhyanagar where the elephants have wreaked havoc for some days.

The people living in the forest periphery have praised the efforts of the Forest Department in saving their lives and livelihoods.