Odisha Gets Its Own Football Club Under ISL 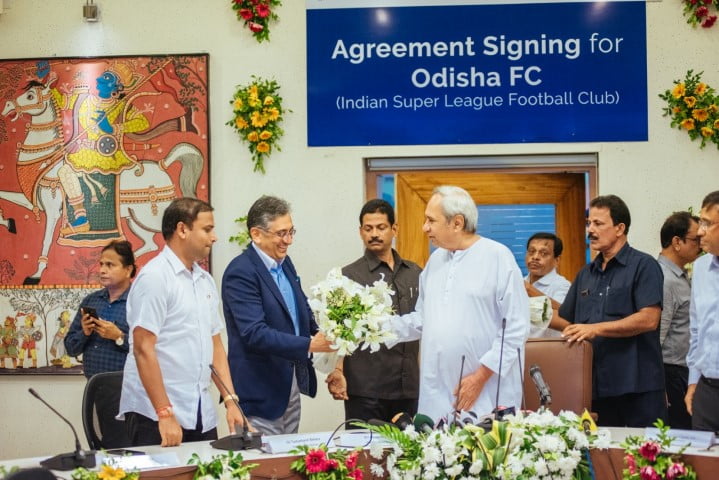 The agreement was signed between the Sports and Youth Services Department and the Delhi Soccer Private Limited in the presence of Odisha Chief Minister Naveen Patnaik.

The State Government will support the club for its relocation to the Odisha Capital with matching world-class infrastructure for the home matches, the statement added.

“I congratulate and extend a warm welcome to Odisha FC and the Indian Super League (ISL). It is a significant development towards the promotion of football in Odisha,” Naveen said.

“I am sure this partnership would inspire our state footballers to pursue the beautiful game of football with greater commitment,” he added.

In his statement, Odisha FC owner Anil Sharma said the addition of this new club in the Indian Super League will herald a new era of football in Odisha.

While city denizens and football lovers in the State can look forward to high voltage football action on home soil, Kalinga Stadium could draw the nation’s attention as a promising stadium for hosting big-ticket sporting tournaments in future.

In the sphere of football, it has already hosted a home game of Jamshedpur FC under the ISL, home games of team Indian Arrows in the Hero i-league, two editions of the Hero Super Cup and the India’s first four nations international senior tournament.