Bhubaneswar: Bringing glory to Odisha, city-based Rishita Samantaray has earned a mention in both the India Book Of Records and Asia Book Of Records for solving different types of Rubik’s cube in just 15 minutes.

A Class-VI student of KIIT International School, Rishita solved 15 cubes including the complicated Pyramix and the Mirror Cube.

Rishita is the daughter of Colonel Ashis Samantray and Rohini Singhdeo. They reside at Chandrasekharpur in Bhubaneswar.

Rishita has won several awards in the past for her magic shows.

She aims to be a scientist in future. 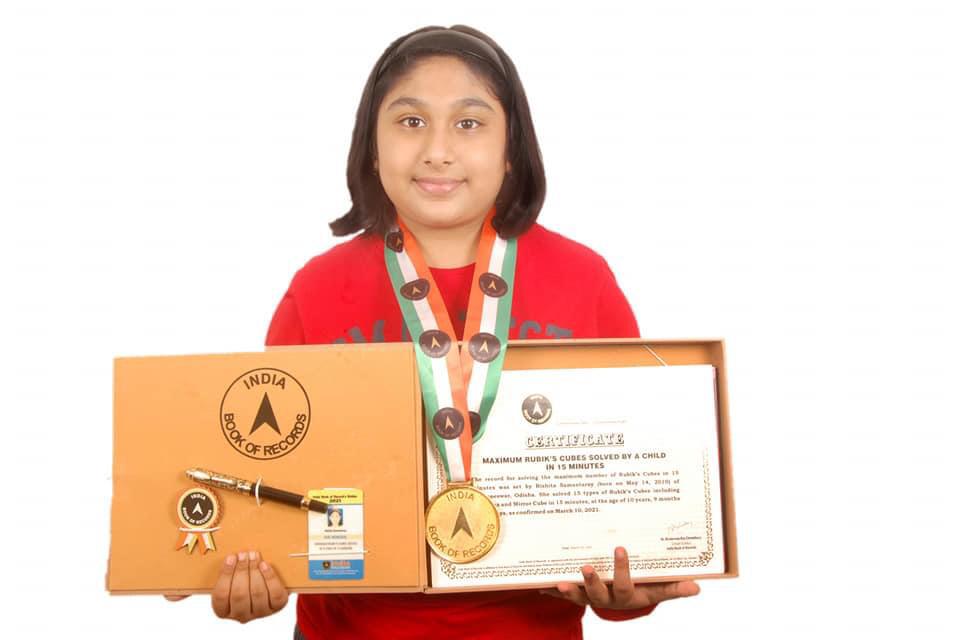 Also Read: Artisan Satya Maharana In Asia Book Of Records For Portrait Of Goddess With Buttons