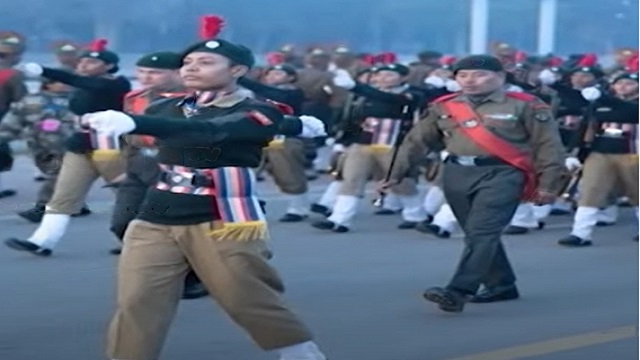 Bhubaneswar: In a matter of pride for Odisha, a girl from Kalahandi district will be leading the girls’ contingent of the National Cadet Corps (NCC) at the 74th Republic Day parade in New Delhi on January 26.

The NCC cadet, Sonali Sahu, is a student of Psychology honours at Prananath Autonomous College in Khurda and a resident of Gurujung village under Kegaon tehsil of Kalahandi.

According to sources, Sonali will lead the girls’ contingent of about 148 NCC cadets from all over the country, including nine from Odisha. They have been busy with rehearsals at Kartavya Path in the Central Secretariat of New Delhi since January 5.

“This is a dream come true for me. I could not have achieved this without the unconditional support of my parents, friends and mentors, especially Lieutenant Colonel Bikas Mandal,” said Sonali, adding that she was chosen because of her specialised experience.

It is pertinent to mention here that Union Defence minister Rajnath Singh addressed the NCC cadets and officers at Cariappa Parade Ground in New Delhi on January 21 and honoured them with commendation cards for showing bravery, transparency, and social work.

“Our sole target is to perform the best so that Odisha will get distinguished from others. Till now, we are performing in the best way and we have two more events. We aim to give our best effort so that Odisha emerges victorious,” an NCC cadet told media.

Fact Check: This College In Odisha Asks Girls To Have A Boyfriend Before Valentine’s Day