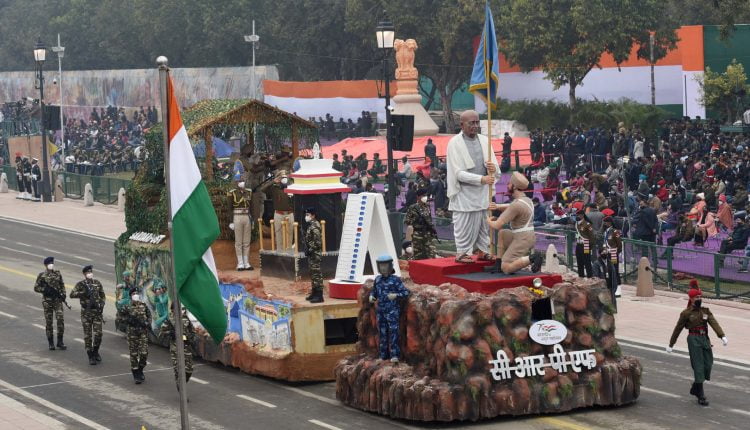 Bhubaneswar: In a proud moment for Odisha, two women CRPF jawans from the state, Priyadarshi Dash and Jyotirmayee Sahu will be representing the Central Reserve Police Force (CRPF) tableau at Republic Day Parade on the Rajpath in New Delhi on January 26.

Dhenkanal’s Priyadarshi grew up in Bhubaneswar before joining the elite security force in 2017 and is presently positioned at Vijay Chowk in New Delhi.

The CRPF tableau is based on the themes of Indo-Pak war, last year’s Chinese aggression in Ladakh and Electronic Voting Machine (EVM), stated sources.

This is the second consecutive time that Priyadarshi is taking part in the Republic Day Parade in Delhi. She was part of the women bikers of the CRPF who performed a daredevil stunts to make a human pyramid on motorcycles.

Total 18 jawans will be walking with the tableau. Of them 5 are women and two are from Odisha. The other Odia girl is Jyotirmayee Sahu.

It may be mentioned that Centre has rejected Odisha’s tableau proposal for showcasing on the Rajpath.

The Odisha government had five representations which include the Paika Bidroha, the 1817 war of independence; life and times of Jayi Rajguru (Jayakrushna Rajaguru Mohapatra) and Chakhi Khuntia; hockey infrastructure in Odisha and how Odisha is working to develop hockey and the vast development that has taken place in the state over the last 20 years. How Odisha has been successful in disaster management in particular.

Only Paika Revolution passes three rounds but could not make it to the finals.