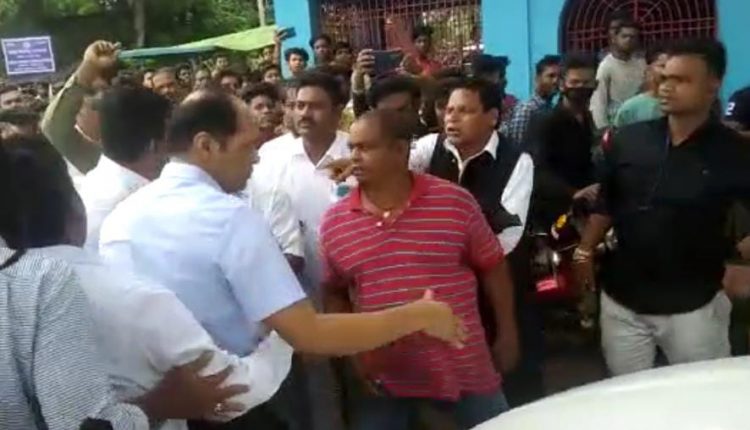 Berhampur: Gopalpur MLA Pradeep Panigrahi, who has been suspended from the BJD, was allegedly heckled by some ruling party workers in his home constituency in Odisha’s Ganjam district while proceeding to attend an Independence Day event on Monday.

The incident took place when the legislator was proceeding to Kamalapur village under Rangeilunda block to attend the Independence Day function organised by some ex-servicemen, sources said.

When Panigrahi’s vehicle was on the outskirt of Kamalapur, it was stopped by some alleged BJD activists who shouted slogans against the legislator.

The lawmaker was allegedly assaulted and shown black flags by the slogan-shouting activists, sparking tension in the area for some time. While Panigrahi was escorted out of the site by police personnel, a scuffle broke out between his supporters and the ruling party workers, they said.

Panigrahi finally reached Kamalapur and hoisted the Tricolour at the event.

Terming the incident as unfortunate, Panigrahi said it should not have taken place in the presence of police personnel. Police should do their duty properly, he added.

It may be noted that Panigrahi was suspended from the ruling BJD following charges of corruption. He was also arrested in connection with an alleged job scam and released on bail recently.