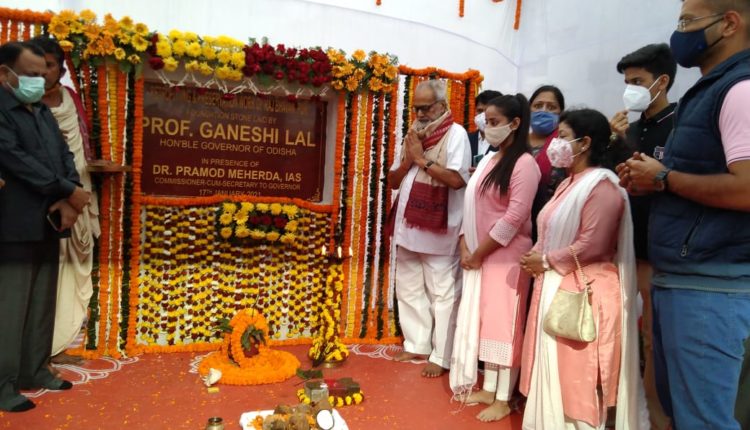 Puri: Governor Prof Ganeshi Lal on Sunday laid the foundation stone for restoration and renovation of the Raj Bhavan in the Pilgrim Town.

The Raj Bhavan, built in early 20th century on the sea shore, was severely damaged in cyclone Fani. Considering its historical significance, the state government decided to renovate the structure of British era. The renovation work is targeted to be completed before Rath Yatra this year.

Speaking on the sideline of the stone-laying function, the Governor said the proposal of chief minister Naveen Patnaik to the Centre to set up an airport in the town is a welcome step. It would lead to promotion of tourism at international level, he added.

He also appreciated various positive measures taken by the government and said it would promote holistic development of the town.