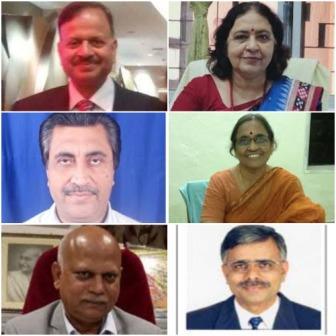 Bhubaneswar: With the tenure of the vice-chancellors (VCs) of six universities in Odisha scheduled to end by August, Governor and Chancellor of Universities Ganeshi Lal has asked the state government to start the process for selecting the new VCs.

According to a Raj Bhawan communiqué, the Governor has asked the Higher Education Department to start the selection process under Section 6 of the Odisha Universities Act, 1989.

Taking note that it will take time to form the selection committee, the Governor has appointed the commissioner-cum-secretary, Higher Education, as the convener of the committee and asked him to begin the process for inviting applications prior to the formation of the committee to ensure a gap of at least three weeks between the date of the advertisement and the last date of receiving the applications from the senior professors.

The commissioner-cum-secretary will receive the applications and place the name of the professors before the selection committee after a review.

Besides, the Governor has asked the Registrars of the universities to assist the commissioner-cum-secretary till the completion of the selection process and contact the University Grants Commission (UGC) to select its nominee as well as the nominee for the syndicates of the six universities.