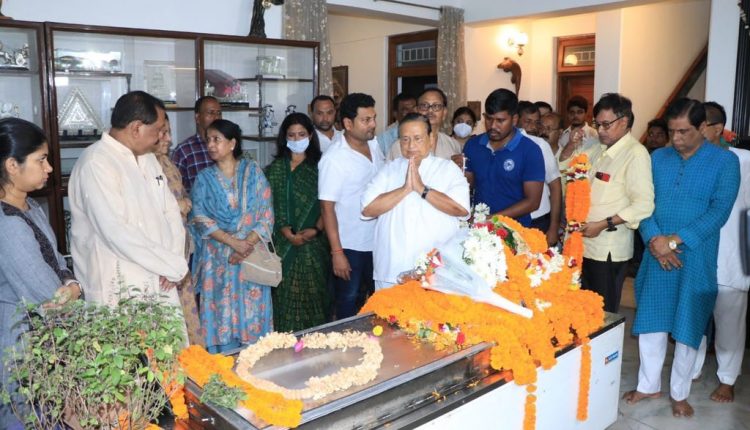 Bhubaneswar: Prominent persons of Odisha and national leaders paid their last respects to former MP and former chief minister Janaki Ballav Pattnaik’s wife at her residence in Bhubaneswar on Thursday. She breathed her last on Wednesday night.

Speaking to the media, the Governor said, “God will shower blessings on her soul. I am sure she will be remembered for ages to come.”

“She was highly successful leader and a symbol of women empowerment. I hope the young generation will be inspired by her ideals and follow her footsteps to carry forward her works in this regard,” said Soumya Ranjan.

As per the schedule of cremation, the body will be taken to Congress Bhavan to enable the party workers to pay their last respects. From there, it will be taken to Swargadwar in Puri for performing the last rites in the afternoon.

Jayanti passed away at her residence on Wednesday night. She was 90. Her son Prithviballav Patnaik, daughter Sudatta Patnaik, son-in-law Soumya Ranjan Patnaik and others were present at the time of her death.

President Droupadi Murmu and chief minister Naveen Patnaik have expressed their condolences to the family members of Jayanti.