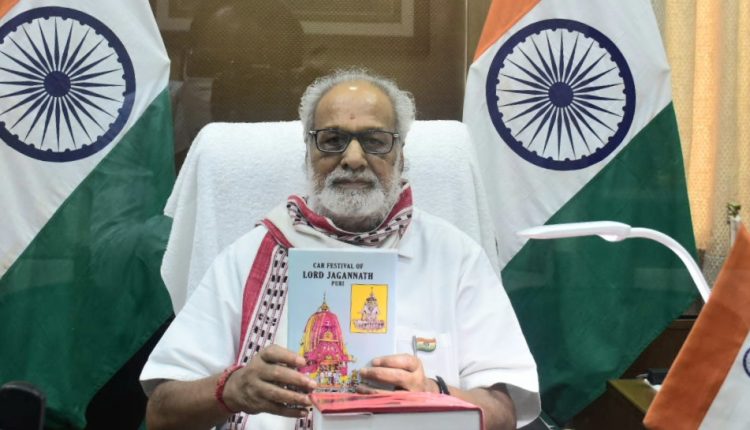 Bhubaneswar: A new edition of ‘The Car Festival of Lord Jagannath’ was unveiled by Odisha Governor Prof Ganeshi Lal at Rajbhaban here on Monday.

The book was last edited a decade back by Sarat Chandra Mahapatra, a noted authority on the Cult of Lord Jagannath.

First edition of the book was published over two decades back and released at New Delhi by former President of India Dr Shankar Dayal Sharma.

This book has been published by Sri Jagannath Research Centre established at Puri by Mahapatra after he retired as Additional Secretary in the Government of Odisha.