Bhubaneswar: The Odisha government has classified areas under the jurisdiction of Bhubaneswar Municipal Corporation (BMC) as Red Zone. Khurda district, barring BMC area, will be considered as Orange zone.

The notification issued by Additional Chief Secretary P K Mohapatra on Sunday said that districts and municipal corporations have been classified into Red, Orange and Green zones based on the guidelines formulated by Ministry of Health and Family Welfare, Government of India, for the week starting March 4. 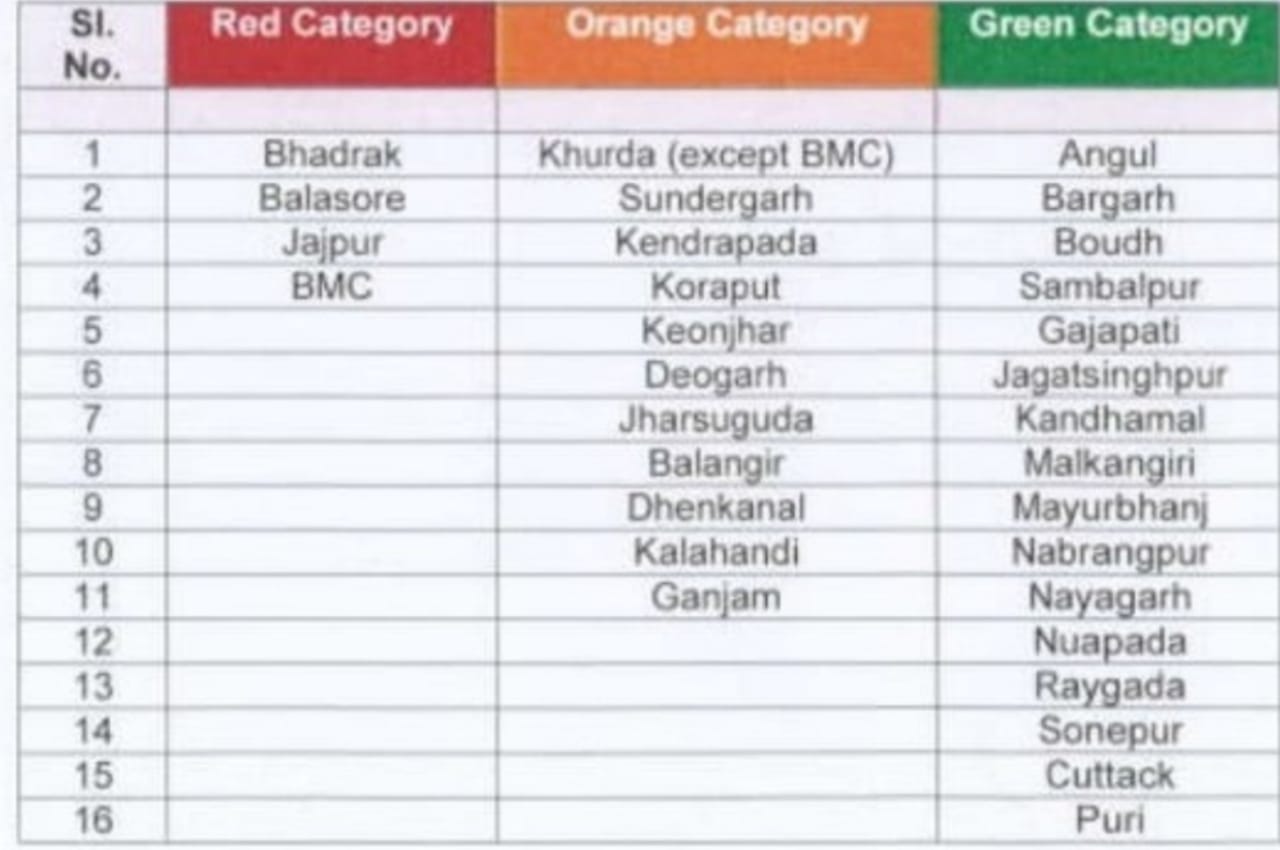 The government has, however, added five more districts to the Orange Zone list of Union Government for State, which had put six districts in this zone.