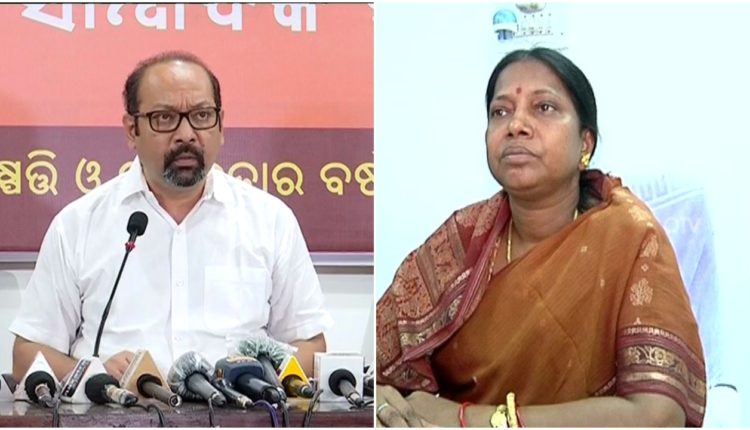 Bhubaneswar: The BJP on Tuesday said the Odisha government is squarely responsible for the prevailing COVID-19 situation in Ganjam district.

Briefing the media here, vice-president of the BJP’s state unit Bhrugu Buxipatra said despite Ganjam being the home constituency of the Chief Minister, neither the state government nor the district administration has a robust mechanism to contain the spread of the coronavirus.

“While the official report says that the corona positive cases in Ganjam district have crossed 4000, unfortunately, the administration is trying to manage the situation through twitter. Though the number of positive cases has picked up since June 23, some IAS officers deputed by the state government have begun the process to bring the entire management under their control. The decision on shutdown and lockdown in the areas of the district is taken at night and enforced next day,” Buxipatra said.

Stating that all the decisions are being disseminated through twitter, he alleged that the administration has no direct interaction with the people.

“The administration has not taken the political leaders, social activists, volunteers, the media, village committees and the senior citizens and intellectuals in urban areas to its confidence. The saddest part is that the authorities have not taken the suggestion of the clinical experts, critical care experts, community health experts and the virologists to effectively deal with the killer disease,” Buxipatra said.

He said for the health check-up of the people and isolate the infected, the district administration has shifted its strategy four times.

Initially, the migrant labourers coming from the other states were kept in the institutional quarantine centres on their arrival. As there were no basic facilities like food and drinking water in these centres, some infected people managed to escape. Even no test was conducted on the people before their discharge from these centres after 14 days, the BJP leader alleged.

After the quarantine centres, the state government came up with the die of setting up COVID care centre where basic clinical care is provided to the patients who are looked after by the ASHA workers, Anganwadi and staff nurses.

This was followed by setting up COVID care hospitals where the patients are provided oxygen.

Now the government has come up with its fourth strategy to set up COVID hospitals. Instead of conducting a comprehensive door-to-door health check-up, the government has made arrangements to keep the patients in a 200-bed hospital of Tata which has only 20 ventilators, the BJP leader pointed out.

Buxipatra further said the government had announced that it will start a serology test in Ganjam district. But it is not yet to take off.

Considering the situation in the district, the state government must conduct at least 5000 tests every day and set up three full-fledged COVID hospitals at Chhatrapur, Berhampur and Bhanjanagar sub-divisions with 1000 beds in each hospital, he said.

Reacting to the statement, government chief whip Pramila Mallick said before giving such statements to the media, the BJP leader should have been aware of the situation in the other states like Maharashtra, Karnataka, Gujarat and Uttar Pradesh. “When the Odisha government is trying its best to contain the spread of the virus, the BJP should refrain from politicizing the issue,” she added.

Also Read: Another Journalist From Ganjam Dies Of COVID-19, Third In Odisha