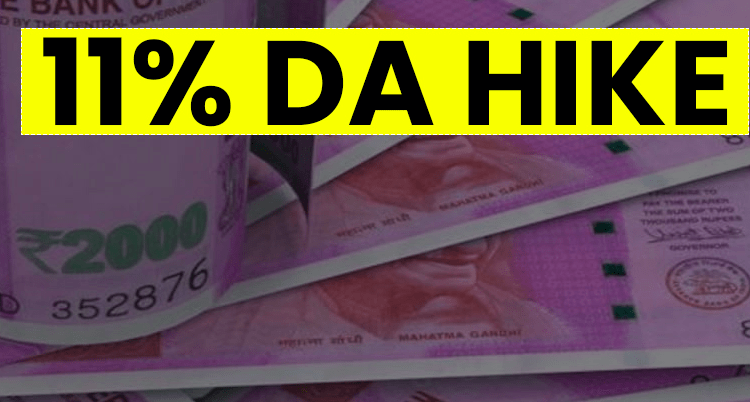 Bhubaneswar: As a Dussera gift, the state government on Friday announced an increase in the dearness allowance of its employees and dearness relief of the pensioners.

According to an official release, the dearness allowance of the government employees and pension beneficiaries has been increased to 11%. With this hike, the DA on the salary of the government staff has gone upto 28% from 11%.

It will be effective from July, while the employees will get their increased salary from October. They will get the three months’ hiked DA in cash.

Around 4 lakh government employees and 3.5 lakh pensioners will benefit from the revised DA. 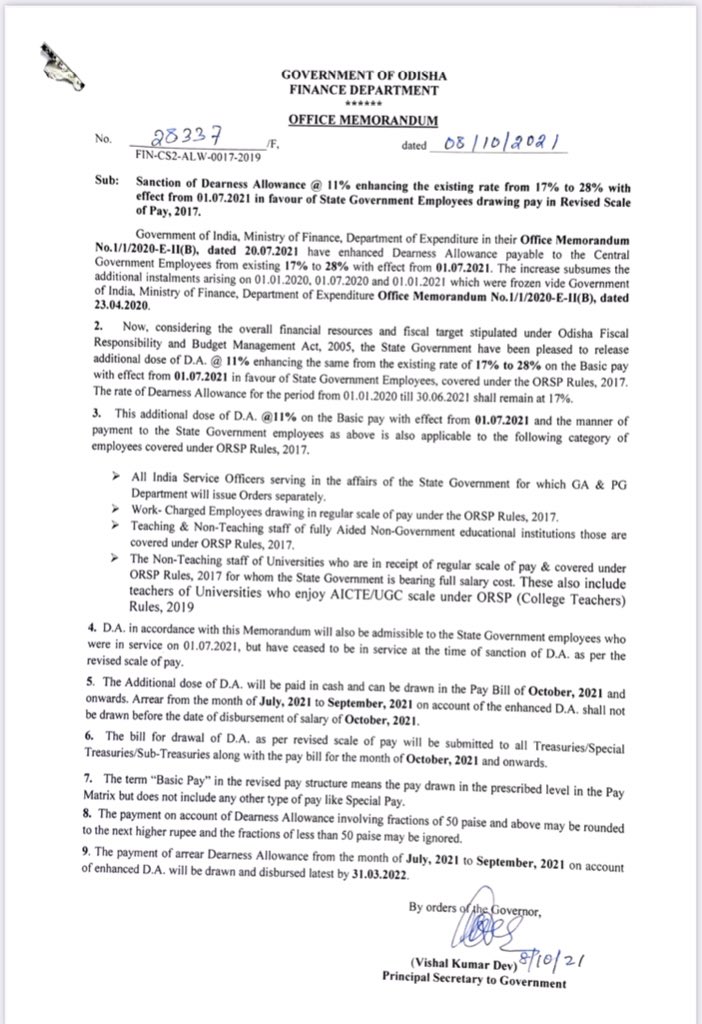