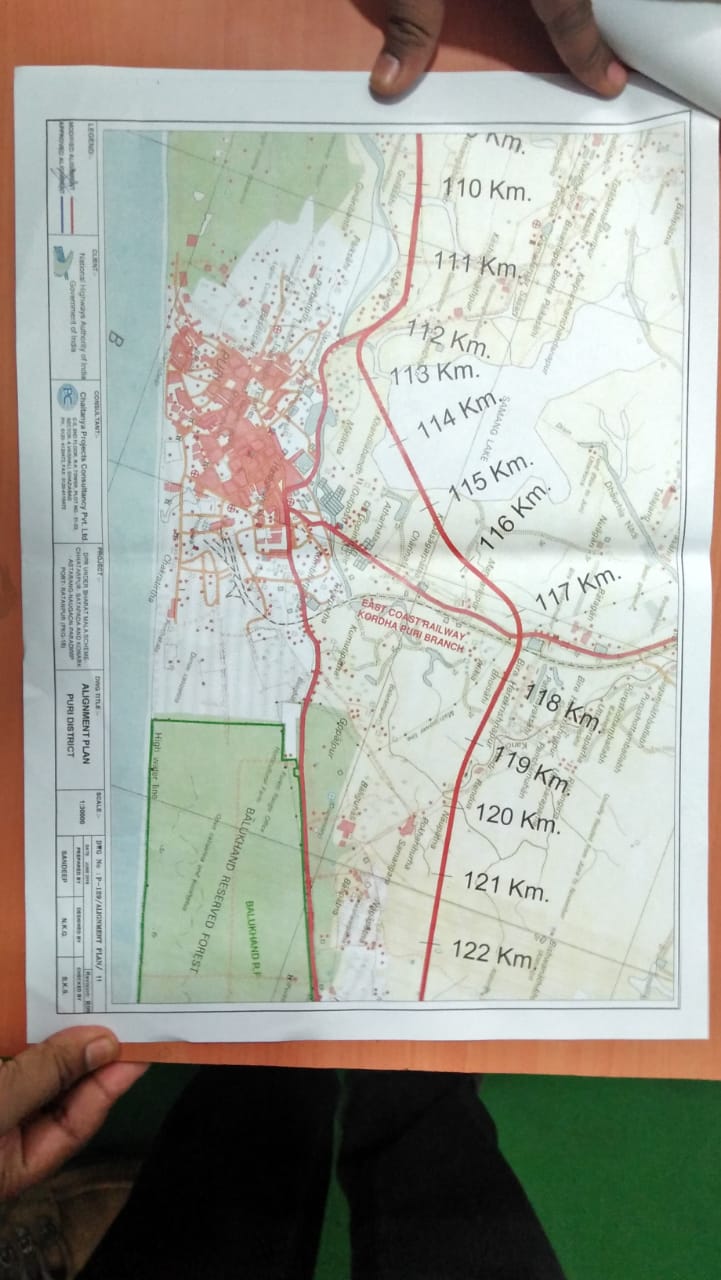 Bhubaneswar: The Odisha government has sought some changes in the Coastal Highway project finalized by the National Highways Authority of India (NHAI).

Talking to mediapersons after attending a high-level review meeting on the Coastal Highway at the State Secretariat here, Works Secretary Nalinikanta Pradhan said the chief secretary and the other members of the Coastal Highway committee objected to the decision of the NHAI to construct the highway on the existing road between Satapada and Puri.

“We suggested the NHAI authorities that instead of constructing the highway on the existing road, they should realign the plan between Satapada and Puri up to 500 metres from the coast after which the state government will give its approval. Similarly, we also asked them to route it through Konark and Astarang,” Pradhan said.

The Works Secretary also informed that two signature overbridges will be constructed over Chilika Lake.

Meanwhile, the BJP came down heavily on the state government on the coastal highway issue.

“The main culprit responsible for delaying the coastal highway project is the Chief Minister. Nalini Pradhan is busy in politics. It took six months for the state government to review the detailed project report (DPR) and give suggestions for modification of the plan,” senior BJP leader and Union Minister Dharmendra Pradhan.

Notably, two coastal highway projects of 415 km length are planned in Odisha with an investment of about Rs 7500 core. While Rs 6000 crore has been earmarked for construction, Rs 1500 crore is kept aside for land acquisition. NHAI has already finalised the alignment of these projects last year.

The 252 km long Gopalpur-Ratanpur stretch via Chhatrapur-Satapada-Konark-Astarang-Naugaon–Paradip-Ratanpur is in DPR preparation stage. Preliminary alignment has been approved, and modifications are under discussion. The 162-km long Ratanpur-Digha stretch via Basudevpur-Chandipur-Chandaneswar is also in DPR preparation stage. After submission of the final feasibility report, alignment has been finalised.

The two aforesaid projects are to be taken up under the Bharatmala project.